Serving Others, Not Politics, Will Lead America to Bright Future 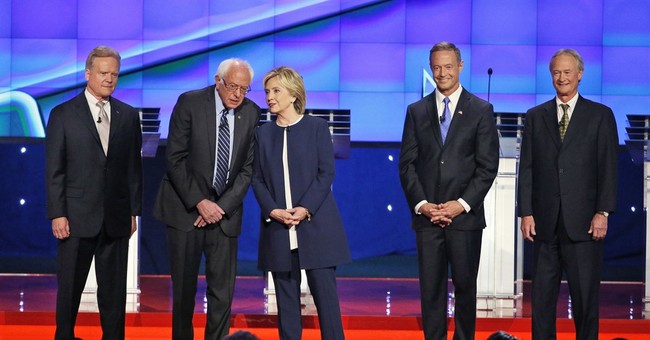 Trending
Heading into a presidential election year, it's important to remember that political involvement is but one of many ways we can work together to solve problems. Sometimes it's the best approach; sometimes it's not.

When our political system is broken beyond repair -- as it is today -- there's a need for other approaches in order to do the heavy lifting. To solve the challenges before our nation, we need to take an all-hands-on-board approach that unleashes the creativity and resources of individual Americans, families, community groups, churches, small businesses, local governments, and more. The problems we face are too big to be left to the politicians alone.

With this understanding, the path to solving problems and creating a better world is by serving our neighbors and communities. We can do so as volunteers at a local food bank, entrepreneurs harnessing technology to meet society's most challenging needs, or in a million other ways.

A Texas man recently found out that children in his school were not getting hot lunches because their parents were behind in payments. Rather than launch a political crusade, Kenny Thompson wrote a check to cover the payments. The kids enjoyed hot meals and Thompson said it was the best money he ever spent.

That may not sound as grand as the promises made by political candidates, but it's far more reliable. Throughout American history, change has always come from outside the political process. Steve Jobs and Bill Gates have done more to shape our future than the combined impact of all seven men who have served as U.S. President since Apple and Microsoft were founded.

The notion that community problem solving can -- or should -- overcome our dysfunctional political system is completely contrary to the media messages we receive every day. Our society has been drenched in the notion that every challenge must have a political solution. Rather than acknowledging the reality that community and the culture lead while politics and government lag behind, the daily chatter builds a narrative that 21st Century America is guided by a top-down system of governance.

In the ideological world of Fox, CNN and MSNBC, politics and politicians lead the nation. That perspective means every story and every event becomes a battle between conservatives and liberals, Republicans and Democrats, private sector and public. The public's role is merely to decide which team they want to put in charge and then get out of the way.

There is a real danger in peddling the notion that the way to bring about change in America is by voting for the right politician. In 1968, political scientist Aaron Wildavsky observed that there was "a simple recipe for violence: promise a lot, deliver a little. Lead people to believe they will be much better off, but let there be no dramatic improvement." Those words are just as relevant today. After all, promising a lot and delivering little is what politicians do all the time.

If we want to ensure a bright future for our nation, we need to recognize the importance of community problem solving and bottom-up democracy. That means rejecting the narrow ideological approach that envisions politics and government as the solution for every problem. An all-hands-on-board approach, with each of us doing our part, is the only pragmatic way to insure that America's best days are still to come.