Election 2016 Is Not About the Candidates 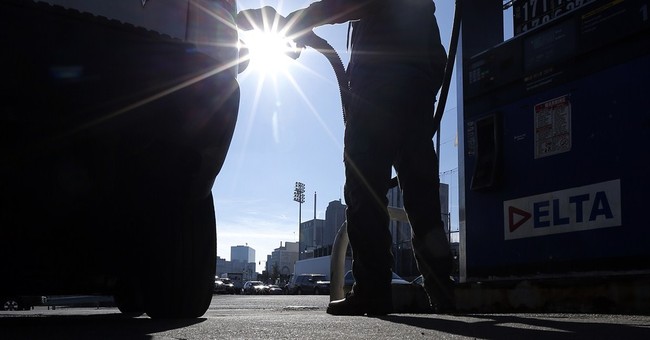 The excitement for the pundits was launched by the announcement that former Secretary of State, senator and first lady Hillary Clinton is doing what was expected and running for president. This enabled breathless commentary about whether driving cross-country in a van and eating a burrito will present Secretary Clinton in a more positive light.

Everyday Americans, on the other hand, recognized that nothing had really changed.

It is time for the pundits to get a grip and realize that the election for president is not about the candidates lusting for the job. It's not about campaign strategies, speeches, gotcha journalism and gaffes. It is about the fundamentals and the state of the nation.

1) It's all about personal finances -- Some believe it's about the economy, which is a close substitute. But what really matters is how people feel about their own personal finances. If people are feeling much better about their own finances in a year, that would be good news for the Democratic nominee. If things stay the same or get worse, it's bad news for the president's party.

2) President Obama's Job Approval -- The president gets better ratings today than he did during the mid-term elections, but is still in dangerously low territory. If his approval ratings don't improve, the GOP will be favored to win the White House. If it goes back down, there may be no hope for the Democratic nominee.

3) The Big Blue Wall is a Myth -- Democrats argue that all they have to do is win states that consistently voted for their party since 1992 and they just about have the Electoral College locked up. The problem with this theory is that it's the result of the Republicans winning a majority of the popular vote only once in the past six elections. If a Republican does better in the popular vote, he or she will win some of those states Democrats think they have locked up.

4) Demographics are a side story -- Lots of armchair analysts advance their cause with demographic claims. In the wake of Clinton's announcement, for example, many have noted that she might do better than President Obama among women. But if that's true, it doesn't eliminate the possibility that she might do worse among men. Or that black turnout may be down or Latinos less hostile to the GOP. The larger trends based upon personal finances and perceptions of President Obama are far more important.

5) Tech Entrepreneurs Are the Real Source of Hope and Change -- While partisans believe that the world will end if their team doesn't win, the truth is that politics is not the way that change takes place in America. The culture comes first, and politics lags behind. The advances coming from Silicon Valley have a far bigger impact on the nation than anything the next president will do.

It's a lot less fun to recognize that the fundamentals matter more than the campaign trivia lionized by political reporters. But it's also reassuring to note that the ultimate decision is based more on reality than candidates.