Instead of Bringing in More People, How About We Raise the Wages of the Ones Who Are Already Here?

Scott Morefield
|
Posted: Jun 18, 2018 12:01 AM
Share   Tweet
The opinions expressed by columnists are their own and do not necessarily represent the views of Townhall.com. 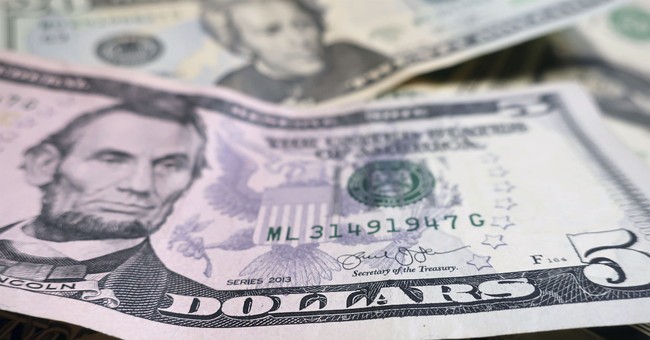 The Trump economy is booming. Employers added 223,000 jobs in May instead of an expected 188,000. Unemployment is at a historic 3.8 percent, as low as it’s been since last century, and consumer confidence is skyrocketing right along with GDP. And for the first time in a long time, there are more jobs available than people to fill them.

"President Trump’s policies are having a tremendous positive impact on the lives of Americans of all classes and backgrounds," wrote Andy Puzder for Fox Business. "More people are working, there are more job openings, and fewer people are dependent on government.

Good news for ordinary Americans to be sure, but not necessarily for Trump-haters.

"Liberals have opposed virtually every move President Trump has taken on the economy, which makes it inconvenient for them that economic conditions are so universally positive," writes the Wall Street Journal’s Stephen Moore and Arthur Laffer. "It is hard to find a single indicator that isn’t pointed in a bullish direction. That’s why the left is now forced to argue that Mr. Trump’s economic success is really the continuation of a trend that began under President Obama."

Hard, but not impossible, because one significant thing does lag behind, one black mark on an otherwise rosy picture. While GDP is indeed clicking along at a pace of 2 to 3 percent up per quarter and even pushing 4 percent as Q2 comes to a close, real disposable personal income only increased by .02 percent in April and wages are only up by 2.7 percent from this time last year, compared to the 4 percent that’s typical of other periods of low unemployment.

It’s a small yet extraordinarily significant chink in the armor of what would otherwise be the perfect narrative for conservatives to push, shouting from the rooftops “It’s the economy, stupid!” to liberals hellbent on punishing Republicans in November because Trump made a mean tweet. And yet, liberals are grasping onto it like rats on a piece of flotsam.

"We see an economy that makes stocks soar, investor portfolios bulge and corporate profits climb, but fails to give workers their fair share of the reward," Democratic Rep. Joe Kennedy III said after President Trump’s January State of the Union.

It’s a common Democratic talking point, but Kennedy does have a point, sort of. While U.S. businesses spent 65 percent of their total revenue on wages in 1975, they are only spending 57 percent today. It’s not like companies don’t have the money, but for whatever reason they aren’t spending it on their employees enough to bridge the gap for a significant percentage of Americans.

Meanwhile, CEOs make a whopping 271 times more than the typical worker, compared to the 30 times they made in 1978. I get it - company executives make decisions that may very well make their compensation justifiable - but we’d be foolish to discount such disparity as anything less than the significant Democratic talking point it is. No matter how you spin it, companies are spending less on average workers but significantly MORE on top executives. Want to see a $15 minimum wage? This is how insanity like that gains traction. Want to see Democrats grab power despite a booming economy? This is how it’s done.

In a column for CNBC, Aureus Asset Management CEO Karen Firestone explores the possible reasons for the lack of significant wage increase for ordinary workers, dismissing increased benefits packages, healthcare premiums, and even human resources department spending and concluding that wages in this economy HAVE to eventually start to rise. There is, after all, a labor shortage.

“Therefore, I would conclude that the ubiquitous ‘Help Wanted’ signs I see in multiple storefronts and restaurants, and articles about industries such as trucking, airlines, nursing, and IT will force employers, faced with labor shortages, to ultimately pay more,” writes Firestone. “After the recession, millions of people who lost jobs became self-employed or under-employed – Uber drivers, personal trainers, dog walkers, home relocation experts, etc., and they were simply not in the data set. Offer them enough, and many will come back to the labor force.”

And she’s right. Yes, the unemployment rate is historically low, but it doesn’t include many native born Americans who are either underemployed or unemployed and have simply given up on finding a job because, although wages are slowly rising, in many cases the offerings to this point just aren’t paying enough compared to driving Uber or just sitting at home collecting a check.

The Chamber of Commerce’s solution for businesses struggling for labor? Bridge the gap by bringing in more unskilled labor from the Third World. The Democrats’ solution for low wages? The same, combined with industry-killing unions and artificially altering the market by raising the minimum wage.

Besides destroying GOP electoral prospects, both “solutions” screw ordinary Americans and will eventually destroy our country and our economy. For once, wouldn’t it be great to see more of America’s corporations focus less on being politically correct and more on taking care of their workers?