Modernity and the Old Days Meet in a Model-Train Store

Salena Zito
|
Posted: Nov 08, 2017 12:01 AM
Share   Tweet
The opinions expressed by columnists are their own and do not necessarily represent the views of Townhall.com. 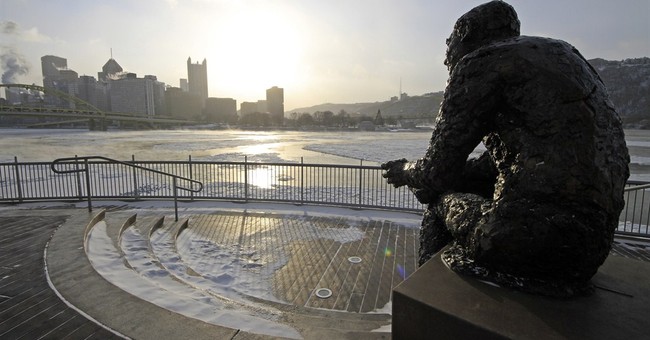 MILLVALE, Pa. -- When you walk into Esther's Hobby Shop in this old river town on the banks of the Allegheny River, your instinct is to wonder whether this glorious step back in time is the last glimpse of a dying industry.

It only takes about five minutes and a spray of customers ranging from an 8-year-old, to a couple of millennials, to several baby boomers who traveled all the way from Florida, to realize that instinct is wrong.

In this day and age, rapid automation includes an addiction to hand-held devices, and technological advances that usurp jobs and culture right before our eyes every day. But Esther's has found a way to bridge the transition from artisanship that could have died off to high technology that appeals to the young and not so young of the digital age. It's all thanks to the owner, Bob Mehler, who has worked at Esther's for 80 years.

As he gingerly fields questions from customers, Mehler explains: "I was seven years old when my mother, Esther, opened this shop. It was 1938, and it began as a variety shop, with some models as well as coffee and a lunch counter."

He steps back and lets the customers move around the neatly stacked, highly organized shelves filled with model trains, tracks, scenery and plane kits ranging from the balsa wood planes that used to fill kids' Christmas stockings to elaborate high-tech models.

He says: "Never rush people. Never hover over people. Let them explore, enjoy, and find that thing that inspires them to build and create."

Like Esther's, Millvale is a town in the middle of transition, one that appears to be doing well considering everything that has gone wrong for it over the past few decades: job loss; a flood delivered by Hurricane Ivan that wiped out half of the Main Street businesses; and an aging population that was dying off.

For years, people have been writing off the town as mired in the past and unable to grow -- sort of like the model railroading hobby, which story after story suggests is dying and unable to sustain itself.

Both stories are only partly true. For 30 years, Millvale had been on the decline. But given its proximity to the river, a trail that connects to Washington, D.C., and its charming Main Street grid filled with historic buildings graced by unique architecture, young people noticed and started investing in the town.

There is the Mr. Smalls Theatre, a concert venue located in a converted church; the Mr. Smalls Funhouse; the full-size Mr. Smalls recording studio; two art galleries; a French bakery; two diners, one of which so enthralled Barack Obama that he had the owners make pancakes for him on Memorial Day 2009; a bird shop; an iconic vinyl store; a brand-new coffee shop located in a former furniture store; a brewery with weekly food-truck events; and even an ax-throwing club that just opened in the old ironworks building, all mixed in with old Millvale's bars and restaurants.

Houses are big and embarrassingly affordable. Most were built before the turn of the 20th century and sit precariously on the rolling Allegheny Mountains surrounding Main Street.

Like Millvale, the obituary of model railroading has been written and rewritten every year for the past 30 years. But it is certainly premature. Like our culture and our politics, the hobby is in a moment of great change but nowhere near dying.

Mehler says: "Twenty years ago, there were 28 hobby shops in this county, nearly one in every small town. Now there are three. Does that mean less people are doing the hobby? I'm not sure. Maybe it means our shopping habits have changed. Maybe it means our population shifts are more the reason than lack of interest."

Mehler raised six children on the third floor of his business. It kept them all fed, educated and safe. He chokes up recounting the highs and lows of his life behind the counter, from the struggles his mother faced to the loss of the love of his life nearly two decades ago.

After the devastating flood 13 years ago, some Main-Street businesses never returned. Under the pressure of the flood, one of Mehler's train displays collided with the glass of the front window and was swept down the street by the dangerous current.

He notes: "I could have closed, but why would I give up? Yes, things have changed, but you change with them. There is only so much fight you can give, and then you figure out a way to survive. When you stop fighting and start adapting, most of the time you find success."

Our culture and our politics often project a what's-in-it-for-me or what-am-I-entitled-to attitude. Had Mehler or the town held those kinds of transactional beliefs, Millvale would have died, and this region would have only two hobby shops.

Instead, both the man and the town embraced a painful but necessary change that allowed the intersection of old and new to flourish.