The Opioid Crisis: No One's Fault and Everyone's Fault

Salena Zito
|
Posted: Jul 04, 2017 12:01 AM
Share   Tweet
The opinions expressed by columnists are their own and do not necessarily represent the views of Townhall.com. 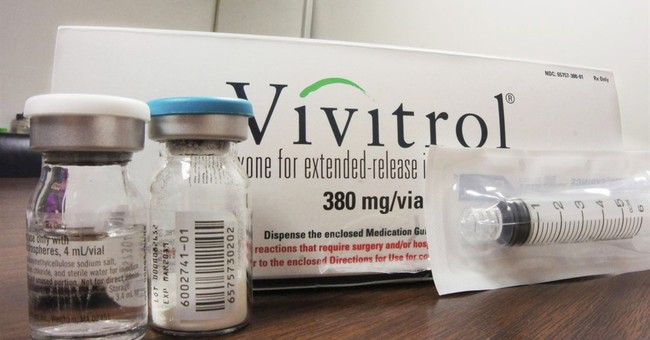 Despite his gaunt frame and sunken eyes, he walks with a distinct swagger down Tuscarawas Street. At the intersection with Cherry Street, he turns and faces the road with a blank stare. The ink on his neck and hands suggest he's spent time in prison. There are small faint bruises on one arm.

His eyes dart back and forth; he is clearly agitated as he heads toward a McDonald's parking lot, the same McDonald's where police tried to revive Christopher J. Burris from a drug overdose with two doses of naloxone last September. It took two more doses from paramedics to save him.

Burris overdosed on the potent opioid carfentanil, which is 100 times more powerful than heroin and used to sedate elephants. Eventually, he was sentenced by a Stark County judge to the maximum 12 months in prison for drug possession.

The passenger in his car, who had also passed out, pleaded guilty to a charge of aggravated possession of drugs, a fifth-degree felony.

For most of the past century in America, urban blacks seemed to disproportionally fill prison cells, more than rural or suburban whites. But that trend has begun to reverse in the past decade, according to a 2016 New York Times analysis of the National Corrections Reporting Program.

The Times reported that rural white Americans are going to prison more often and for longer sentences than urban blacks -- a giant leap from 10 years ago, when people in urban, suburban and rural areas, on balance, went to prison at the same clip. Stark's neighboring Guernsey County, for example, has seen incarceration rates go up 36 percentage points in that decade.

Much of that coincides with the opioid epidemic that is crippling all of rural America.

It also coincides with a bipartisan push from Washington to decrease the mass incarceration numbers of large cities. While blacks still comprise a disproportionate number of inmates, that number has fallen; the same goes for Hispanic inmates. But white inmates have not decreased with the same expediency.

Part of that is due to how rural law enforcement officers and judges view who should go to prison, and for how long.

John Lane, the police chief in East Liverpool, Ohio, has seen one of his own officers overdose on drug residue that clung to his uniform after he arrested a suspect. He is all for drug users going to prison for a very long time.

"My job is to keep the bad guys off of the streets," he said. "I wish we could find more money for drug treatment. Bigger cities have those resources to fight addiction outside of jail, and prison, and we don't."

In larger cities, Lane explains, a bad actor caught with small quantities of drugs can be sent to a drug-treatment program, but such programs aren't as readily available in cash-strapped counties.

Also growing in rural America is the poverty rate. Since the end of World War II, Americans living in rural counties have had a higher poverty rate than those living in concentrated urban areas. That divide is most prevalent in Appalachia, especially in the South.

As with the drug problem, social services are difficult for rural people in need to access, mostly because of geography: Many of the neediest families are hindered from accessing nutritional, health care or mental health services due to lack of public transportation or extreme weather conditions.

The ghosting of rural America did not happen overnight. The escalation of drugs has escalated incarceration; the de-escalation of opportunity has fed into both the former and the latter.

The industrialization of farming and the loss of manufacturing to both foreign countries and technological advances have stripped a very important cog in the wheel that makes the fabric of America.

It's no one's fault, and it is everyone's fault. It is as simple as that.

If rural America continues to diminish, all of America will diminish, because the countryside is as much a part of American's identity as New York City's skyscrapers and Silicon Valley's sprawling technology campuses. Rural America's deeply rooted cultural traditions, religiosity, music and history of storytelling, and its belief in the nobility of hard work that includes getting your hands dirty, all make up who we are in this country.

So how do we save rural America?

A broader economic solution would be to provide incentives that attract entrepreneurs back to invest in their former hometowns, and to find civic leaders who understand we can't bring back an industry or a population that existed 50 years ago, but we can adjust to that shift in ways that make both economic and societal sense.

For decades, in an effort to right past wrongs and injustices for urban dwellers, our political class has ignored our sprawling rural population. That ignorance led to rural Americans becoming a cultural joke: They're slow and uneducated; they live in the past; their time has come and gone.

Our politics has been just as ignorant: To many Democrats, rural Americans are just bitter and deplorable; to many Republicans, they are just votes to be lulled by religion or false job-creation promises.

We cannot continue to allow poverty, drug abuse, decaying towns and economic collapse to be an acceptable part of rural America. We need to care more and innovate more, and we need to pay attention, or we will lose the people and the culture that have been the backbone and the fabric of everything our nation has done well since its very beginning.