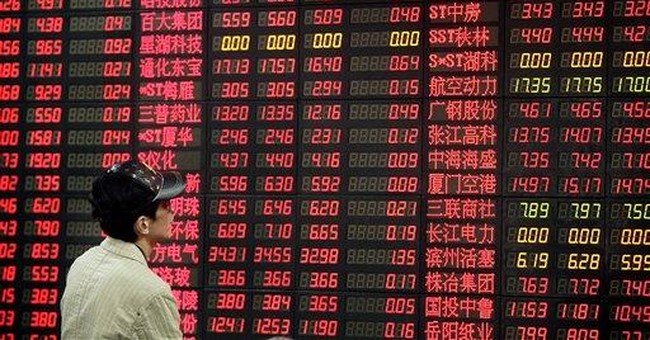 If you placed a bet during the presidential campaign season on whether Barack Obama, Nancy Pelosi and Harry Reid were serious about hitting the ground running when they took over Washington, you probably have extra change in your pocket.

Whether it is George Bush with Iraq or Obama with the economy, politicians always have a bias for action. Obama's action today is economic recovery -- on speed.

The rush by the White House and Congress to "fix" things has been mind-numbing. But can't anyone pause long enough to make sure that what's being signed into law really is the right thing?

In 1920, before the Great Depression hit, our country was moving from an agricultural economy into an industrial economy. Today, we are an information/service economy, which means the things we create are not necessarily concrete, as crops and machines were.

"I think that fact alone has ramifications for a government stimulus," says Lara Brown, a political scientist at Villanova University.

Brown's concern is how exactly the stimulus money will "filter" into our less-than-concrete system.

"If we borrow money from China to give money back to individuals to spend (in the form of tax cuts or tax credits), will their spending eventually go back to China because they use it to make purchases at stores such as Wal-Mart?" she asks.

Which begs a follow-up question: How would that stimulate job growth here?

The current stimulus plan lacks ambition, innovation and creativity, Brown says. Government shouldn't create jobs; it should create markets that spur private companies to create jobs. "The government's job is to speed up the process known as 'creative destruction,' " she says.

Much of the money in the stimulus plan goes to states to help balance their budgets or to programs created long ago -- some successful (such as Pell grants) and some controversial (sexually transmitted disease prevention) -- but not many that are really "new" or experimental.

"Too much for too little" is Brown's assessment of the stimulus package.

You need a GPS system to figure the path this huge outlay of funds will take to excite economic activity for the next expansionary period.

One overlooked concern is the considerable lack of confidence our elected officials have in the energy and creativity of Americans to invent or innovate.

Instead, what they served up are programs that are just about helping people to hunker down and ride out the storm, such as food stamps and increased Medicaid payments to states -- necessary, perhaps, but too large a proportion of the stimulus bill.

Americans just now are getting a peek at all the spending and the lack of "change" they will see this year, says Congressman Mike Pence, R-Ind., who chairs the Republican Conference.

Pence says that after the "spending bill" (he refuses to call it a stimulus bill), more government growth will be on the table with the coming 2009 omnibus spending bill, the cap-and-trade bill and then the federal budget.

"There are thousands upon thousands of earmarks in the omnibus spending bill alone," he says.

In his press conference last week, President Obama mentioned not once but twice that he had a hard time taking seriously GOP criticism of the stimulus bill and federal spending, since Republicans grew the deficit to twice its size when they had power.

Still, it would have been swell to have someone put in this bill new investments into the biotech, nanotech, health care and alternative-energy sectors, to drive an "innovation era" -- and a message of "Oh yeah, we want you to be part of it."

Instead, we got a message of "Pass this bill and ignore its girth, or the sky will fall."

Democrats face some very tough choices: Will they confront their own special interests (such as autoworker unions), or will they just spend more money? Remember, fundamentally, Democrats believe public problems require public solutions.

Obama thinks that, for the most part, Republican economic policies have been catastrophically wrong -- and he's not been shy about saying so. He's using his brand and popularity for political and policy leverage.

So far, that leverage has carried the day.