Pornography Creates a Vicious Cycle of Abuse, Trafficking, and Abortion. It Needs to Be Regulated.

Ryan Neuhaus
|
Posted: Dec 12, 2019 12:01 AM
Share   Tweet
The opinions expressed by columnists are their own and do not necessarily represent the views of Townhall.com. 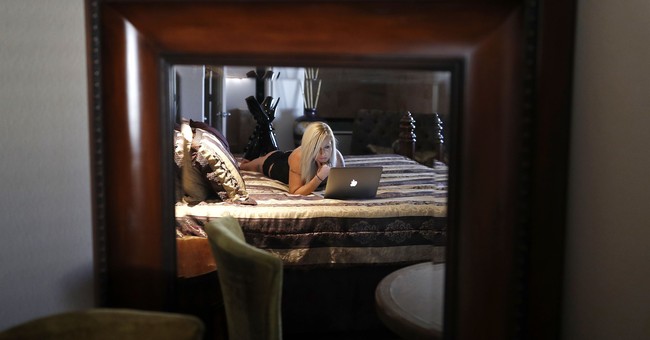 Matt Walsh of the Daily Wire recently published a piece citing the need to involve government intervention in the fight against hardcore pornography. The counterargument to his assertion is that it’s a problem for parents to handle, not government, and that pornography is protected under the First Amendment as a matter of freedom of expression. These counterpoints ignore the truth that parents alone cannot handle a public health crisis and that pornography is obscenity, which is not protected by the Constitution. However, federal obscenity laws have not been enforced for the past 10 years, resulting in the National Center on Sexual Exploitation honorably mentioning the Department of Justice on the “dirty dozen” list.

Being more accessible than ever pornography has diminished sex and recognizes men and women as objects of pleasure, rather than people with an intrinsic and divine value. This dangerous perspective can also be found in other matters of debate, like abortion.

It is uncommon to hear someone talk about abortion and sex trafficking together. But a deeper dive into both topics exposes an unsettling truth, they have a lot more in common than meets the eye. This sentiment is echoed by The American Association of Pro-Life Obstetricians & Gynecologists, stated in their 2019 Joint Committee Opinion Pornography, Sex Trafficking and Abortion, “it is difficult to separate sexual exploitation and sex trafficking from pornography and abortion.”

Extensive research conducted by The Family Resource Center has also shined a light on the connection between pornography, sex trafficking, and abortion.

Providing abortions to women who are being forced or coerced into having an abortion only reinforces the practice of pimps using their power over women. The effect this has on an individual’s mental and physical health is immeasurable.

Regulating pornography through enforcing already existing obscenity laws would result in the human trafficking industry being less of a demand and has the potential to lower the occurrence of abortions on victims of sex traffickers in the country. However, many will state that the regulation of pornography is too large of a task to accomplish and that doing so will only push it underground, into the dark web, where they fail to acknowledge it already exists.

Americans should be more interested in deterring moral decline. Which, as suggested by Terry Schilling of the American Principles Project, can be accomplished “by using political power to promote virtue, public morality, and the common good.”