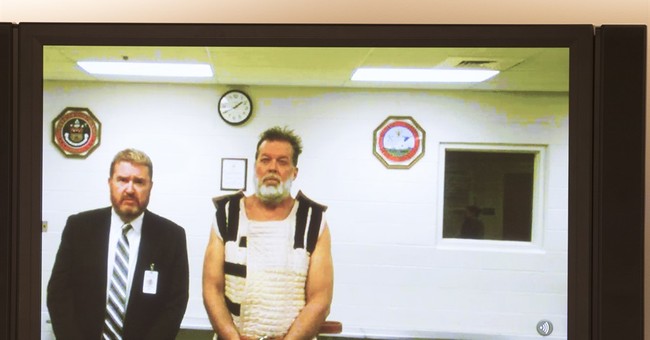 The Radiance Foundation condemns the horrific violence that happened this past weekend, and nearly every day, inside a Colorado Planned Parenthood. The daily destruction of human life for profit is inexcusable. Our hearts go out to mothers deceived into thinking violence is the answer to life that is unplanned.

We also condemn the acts of an apparently deluded individual who terrorized and killed officers and civilians outside of the abortion mill. Our hearts go out to the families whose loved ones were ripped away by someone who thought violence was the answer to his confused life.

Robert Dear is a broken man, who apparently registered as a woman to vote, who has stolen precious lives from this earth. His supposed motivation, as eagerly reported by mainstream media, is highly questionable considering the quote about “no more baby body parts” during his arrest came from an anonymous source after a standoff that resulted in zero casualties and zero physically harmed inside the abortion center.

The terrorist with a gun--who caused death and carnage--will, rightly so, be demonized by nearly everyone.

Abortionists with forceps and a vacuum aspiration device--who cause over one million deaths and make millions in profit every year--are celebrated, daily, by nearly every liberal.

Our nation has selective outrage when it comes to violence. It must be condemned in all forms against the innocent. The purveyors of daily abortion violence reveal their hypocrisy in tragic situations like the Colorado Springs shooting, blaming the non-violent for the violence. Why should the Prolife movement even have to respond to a crazed lunatic’s violent spree? The gay rights movement didn’t have to defend the demented actions of gay activist Floyd Corkins who entered the conservative Family Research Council offices with a gun and the intent to “kill the people in the building and then smear a Chick-fil-A sandwich in their face.” What was his motivation? Chick-fil-A’s president made a--gasp--public statement supporting natural marriage, and the Southern Poverty Law Center absurdly listed the Family Research Council as a “hate group”. Thankfully, FRC’s building manager, Leo Johnson, thwarted this terrorist attempt. He wrestled with the deranged Corkin and took the gun from him. Johnson was shot in arm in the process. He saved countless lives—people who are our colleagues and friends.

Mainstream media ignored this terrorism. Should the entire gay rights movement have to answer for one violent gay activist? Apparently, our pro-abortion news media doesn’t think so.

Notice we didn’t hear about any Planned Parenthood security personnel or staff tackling the shooter and stopping the carnage. Being willing to sacrifice your own life, as hero Leo Johnson did, is something people do to protect others. Police officer Garrett Swasey, also a part-time pastor at a prolife church, gave his very life for an organization that considered him an “extremist”. Self-sacrifice is not, at all, in the DNA of Planned Parenthood—a billion-dollar business built upon the sacrifices of the innocent and truly defenseless.

As Prolife advocates, we value life--regardless of political opinion or actions—and work to create a culture that affirms the intrinsic worth of every human being. Like slavery abolitionists, the Prolife movement has taken on injustice by educating the public, by working through the legal system, by changing people's hearts with our own triumphant stories of adoption, pro-choice to Prolife conversions, and being stronger than our circumstances.

You can’t blame random acts of violence on a movement that consistently deplores violence.

Killing abortionists or abortion clinic staff doesn't stop the killing of the innocent. It just takes away lives who could be on the verge of realizing every human life has purpose. Some of these precious people are our friends: Abby Johnson, Catherine Adair, Jewels Green. The list goes on and on.

Some decry the division that the abortion debate brings. Division is not always something to denounce. It delineates right from wrong. Despite the relentless propaganda from mainstream media, public education, the Democratic Party, Hollywood, and billion-dollar, taxpayer-funded Planned Parenthood half the country is on the right side of the divide. Truth, compassion, and love form the bridge that welcomes the deceived to the side that believes that violence against the innocent, in any form, diminishes our humanity.