Americans Are Going to be Disappointed in Election Outcome

Ron Paul
|
Posted: Aug 02, 2016 11:21 AM
Share   Tweet
The opinions expressed by columnists are their own and do not necessarily represent the views of Townhall.com. 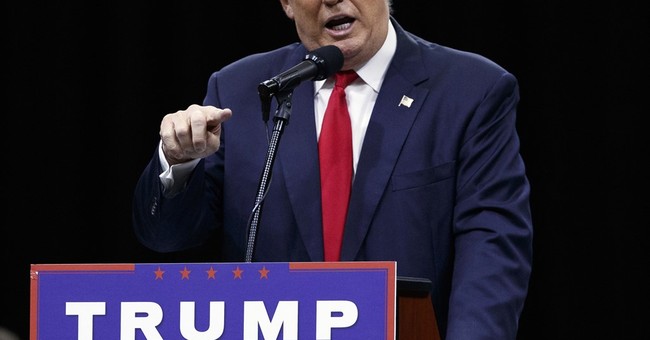 It is a sad commentary on the state of political life in the United States that our political conventions have become more like rock music festivals than competitions of ideas.

There has been a great deal of bombast, of insults, of name-calling, and of chest-beating at both party conventions, but what is disturbingly absent is any mention of how we got to this crisis and how we can get out. From the current foreign policy mess to the looming economic collapse, all we hear is both party candidates saying they will fix it, no problem.

In her convention speech, Hillary Clinton promised that she would “fight terrorism” and defeat ISIS by doing more of what we have been doing all along: bombing. In fact we have dropped more than 50,000 bombs on ISIS in Iraq and Syria over the past two years and all she can say is that she will drop more. How many more bombs will defeat ISIS? How many more years will she keep us in our longest war, Afghanistan? She doesn’t say.

In fact, the New York Times – certainly not hostile to the Clintons – wrote that it was almost impossible to fact-check Hillary’s speech because, “she delivered a speech that was remarkably without hard facts.”

Clinton’s top foreign policy advisor said just a day after her convention speech that her big plan for Syria was to go back to square one and concentrate on overthrowing its secular president. How many more thousands more will die if she gets her way? And won’t she eventually be forced to launch a massive US ground invasion that will also kill more Americans?

Clinton does not understand that a policy of endless interventionism has brought us to our knees and made us far weaker. Does she really expect us to be the policemen of the world with $20 trillion in debt?

Likewise, Republican candidate Donald Trump misses the point. He promises to bring back jobs to America without any understanding of the policies that led to their departure in the first place.

Yes, he is correct that the middle class is in worse shape than when Obama took office, but not once did he mention how it happened: the destructive policies of the Federal Reserve. The financing of our warfare/welfare state through the printing of phony money. Distorted interest rates that encourage consumption and discourage saving and investment.

Trump tweeted this week that home ownership is at its lowest rate in 51 years. He promised that if elected he will bring back “the American dream.” He seems to have no idea that home ownership is so low because the Fed-created housing bubble exploded in 2007-2008, forcing millions of Americans who did not have the means to actually purchase a home to lose their homes. Not a word about the Fed from Trump.

How are these candidates going to fix the problems we face in America if they have absolutely no idea what caused the problems? No matter who is elected, Americans are going to be very disappointed in the outcome. The warfare/welfare state is going to proceed until we are bankrupt.

There is hope, however. It is up to us to focus on the issues, to focus on educating ourselves and others, and to demand that politicians listen.