Roger Stone is a legendary American Republican political consultant who has played a key role in the election of Republican presidents from Richard Nixon to Ronald Reagan to George H.W. Bush and George W. Bush. Stone is the author of "The Man Who Killed Kennedy - the Case Against LBJ" (Skyhorse).

Stone has also chronicled men's fashion for the New York Times and the Daily Caller. His annual "Ten Best and Worst Dressed" list has been featured on the Huffington Post and the New York Daily News since 2009.

A Goldwater zealot in grade-school after a neighbor gave him Barry Goldwater's Conscience of a Conservative, Stone was elected Young Republican National Chairman in 1977. Stone was appointed Chairman of Youth for Nixon for Connecticut by Gov. John Davis Lodge who would become Stone's mentor. Stone was the youngest member of the staff in President Richard Nixon's re-election camping in 1972, the notorious CREEP - Committee for the Re-Election of the President.

In 1976 Stone was named by Senator Paul Laxalt as National Director of Youth for Reagan, a division of Governor Ronald Reagan's 1976 Presidential campaign. In 1978, Stone co-founded the National Conservative Political Action Committee (NCPAC) where he is credited with developing the negative campaign into an art form and pioneering the use of negative campaign advertising which Mr. Stone calls "comparative, educational, not negative."

Starting in 1979, Stone served as Regional Political Director for Governor Reagan's 1980 campaign for President handling New York, New Jersey and Connecticut, his native State. Stone became known for his expertise and strategies for motivating and winning ethnic and Catholic voters. Stone went on to serve in the same capacity in Reagan's 1984 reelection campaign adding responsibility for Pennsylvania and Ohio to the states Stone managed in 1980. He went on to serve as a Senior Consultant for California for President George H. W. Bush's campaign. Bush beat Dukakis by 1% in the Golden State.

In 2000 Stone is credited with the hard-ball tactics which resulted in closing down the Miami-Dade Presidential recount. Stone is credited in HBO's recent movie, "Recount 2000" with fomenting the so-called "Brooks Brothers Riot" in which a Republican mob swarmed the recount demanding a shutdown while thousands of Cuban-Americans marched outside the Courthouse demanding the same thing.

The New York Times and Miami Herald reported it was Mr. Stone who first tipped of the FBI to Governor Eliot Spitzer's use of prostitutes.

Stone has worked for pro-American political parties in Eastern Europe, Africa, and the Caribbean. He is consulted regularly on communications and corporate and public relations strategy by fortune 500 ECO's and pro-democracy foreign leaders.

Stone endorsed former New Mexico Governor Gary Johnson for President before switching his registration from Republican to the Libertarian Party. 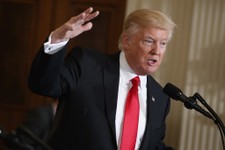 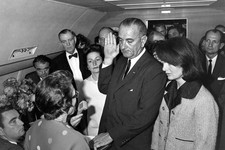 In the Wake of Selma Movie Reviews, Confusion Abounds
January 13, 2015 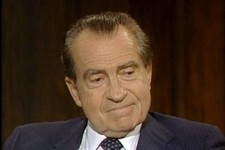 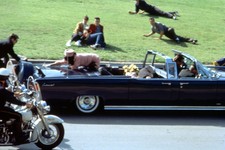