Where Were All Those Defenders of the Constitution When the Feds Imposed a Uniform Smoking Age?

Rob Natelson
|
Posted: Jan 07, 2020 12:01 AM
Share   Tweet
The opinions expressed by columnists are their own and do not necessarily represent the views of Townhall.com. 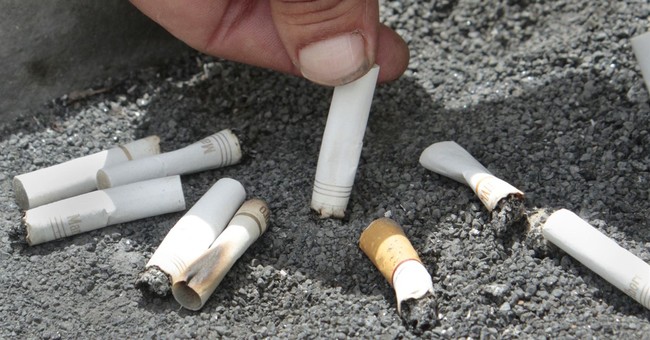 Obviously, the measure reduces the freedom of millions of Americans who are legally adults in almost every other respect—including (correctly or not) the right to vote. Moreover, setting minimum consumption ages is not a power the Constitution grants the federal government. The Constitution reserves it to the states.

Regulating local sale and consumer use of products is an exercise of what lawyers call the “police power.” This phase does not refer to your local police officers; it is an older use of “police” to mean “policy.” The police power is the authority to adopt regulations to protect public health, safety, morals, and the general welfare. Under the Constitution, the states retain broad police power, with constitutionally-imposed exceptions.

This is why when advocates of Prohibition sought to ban alcohol use, they did so by constitutional amendment.

Those who benefit from centralized power are always touting some problem for which the “solution” is ever more centralized power, and they don’t care much about constitutional limits. In 1984 their “solution” was to impose a national drinking age of 21. However, in 1984 (unlike now), federal politicians recognized that they couldn’t do this by decree. Instead Congress adopted legislation making a relatively small portion of federal highway funds contingent on states raising their own drinking ages. The Supreme Court later upheld this approach.

To those who understand the Constitution, this was a dubious use of federal spending authority. But at least it showed that politicians retained a shred of respect for constitutional limits. That shred has now vanished. Republicans and Democrats, the president and his fiercest opponents—nearly all are complicit in this latest action.

When supporters of unbridled federal economic intervention consider the Constitution at all, they cite the power the Constitution grants Congress “to regulate Commerce...among the several States.” Founding-era definitions make it arguable whether a retail sale is “Commerce” as the Constitution uses the word. (To the founding generation commerce was usually transactions among merchants.) But if it is commerce, then it is local rather than interstate.

It is true that the Constitution provides that Congress may adopt laws “necessary and proper” to carry out its powers. But as the Constitution’s advocates repeatedly pointed out during the debates over whether to ratify the document, the Necessary and Proper Clause merely explains rather than extends congressional authority. It clarifies that while regulating interstate commerce Congress may govern incidental activities, such as packaging and inspection of goods sent from state to state.

For example under the Constitution Congress may require warning labels on products that cross state lines, just as states have authority to regulate, label, or even ban tobacco within their boundaries. But Congress has no power to impose a single national age for local consumption.

Several aspects of this episode are worth noting.  First, violating the Constitution to satisfy popular demand is bad, but this was worse: The new law was merely the result of bureaucratic and lobbyist pressure. For years the Food and Drug Administration has wanted to expand its empire to include tobacco. During the Obama administration the FDA got its wish. This law ratifies the FDA’s overreach.

Second, Big Tobacco—foolishly thinking they could appease their enemies—supported the change. This is a textbook case of how bureaucrats and special interests team up to restrict the freedom and constitutional rights of others.

Finally: The proverbial dog did not bark. In recent years, we have heard a great deal of political posturing about how we need to defend the Constitution. Leftists wrap themselves in the Constitution to promote impeachment, weaken our borders, and impose their social agendas. Conservative politicians and the president trumpet the need to retract federal power to constitutional limits. Yet in the end, the posturing of politicians amounted to nothing. Almost all crowded meekly onto the latest bureaucratic bandwagon.