Robert Knight
|
Posted: Jun 12, 2018 12:01 AM
Share   Tweet
The opinions expressed by columnists are their own and do not necessarily represent the views of Townhall.com. 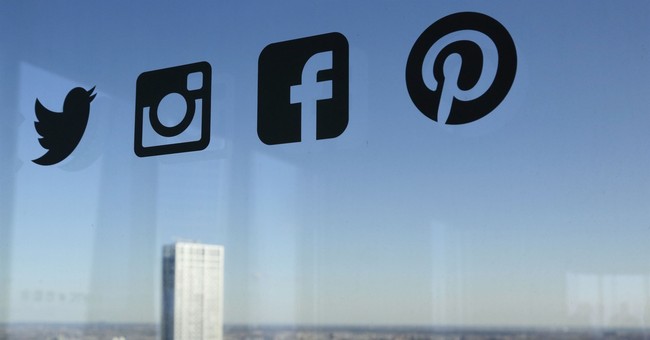 Since November 2016, the Deep State and its media allies have spent considerable time and money cultivating animus toward President Trump and the Republican-led Congress among younger voters.

Many Millennials came unglued in the wake of the election and still are.  The Left is counting on their turning out to elect progressives in November.  Social media bristle with anti-Trump and anti-conservative invectives, and some of it spills over into anti-American rants.

As author William J. Federer explains, animus toward their own country and free market capitalism among many younger Americans – even Christians – is no accident but the result of a conditioning process that begins in the elementary and secondary schools and goes into overdrive in universities.

“There is actually a socialist-communist tactic called ‘deconstruction,’ where you separate a people from their past, get them into a neutral position where they do not remember where they came from, then you can easily brainwash them into whatever future you have planned for them,” he writes in his book, “Who Is the King in America and Who Are the Counselors to the King?” (Amerisearch Inc., 2017).

This dovetails with the socialist credo to build the “new socialist man” on the ashes of previous societies.  It’s why the Left tears down statues and recasts great figures of the past like Christopher Columbus and Thomas Jefferson as monsters – if they mention them at all in the history textbooks.

In fact, the most influential history text of the last several decades is Howard Zinn’s “A People’s History of the United States.”   This essentially Marxist book paints a picture of America as an evil empire benefiting from slavery, exploiting foreign workers and fostering extreme inequality.  Mr. Zinn pines for “a time when national boundaries are erased, when the riches of the world are used for everyone.”

A major problem for those trying to counter cultural Marxism is the leftward tilt of social media.  Facebook and Twitter, plus Google and Vimeo, have been caught suppressing conservative viewpoints and boosting progressive posts and videos.

Every day, more than 1.5 billion users worldwide visit Facebook and 158 million use Snapchat.  Twitter has about 70 million users in the U.S. and 336 million worldwide.  Google processes more than 3.5 billion searches daily, or 1.2 trillion annually.  Meanwhile, nearly 5 billion videos are viewed every day on Google-owned YouTube, and 170 million are viewed monthly on Vimeo.

So, it’s more than a small problem when high-tech media giants join the Left’s crusade to quash conservative speech.

“The idea of a shadow ban is that you ban someone but they don’t know they’ve been banned, because they keep posting and no one sees their content,” one explained. “So, they just think that no one is engaging with their content, when in reality, no one is seeing it.”

Another engineer noted that because they were in liberal California, there were “unwritten rules” to suppress conservative content: “Twitter was probably 90 percent anti-Trump, maybe 99 percent anti-Trump…. Yeah, you look for Trump or America and you have like five thousand keywords to describe a redneck.”

“Google is, of course, the King of Web Search,” writes Seton Motley of LessGovernment.org. “And they have time and time and time again been caught manipulating search results – to assist Leftists and damage conservatives.”

A case in point uncovered by the Vice.com news blog: “Less than a week before the [June 5, 2018] California primary, Google listed “Nazism” as the ideology of the California Republican Party.  In the ‘knowledge panel’ that provides easy access to information next to search results, Google was showing ‘Nazism’ as an ‘ideology’ of the party as of Thursday morning.”

Another example:  David Kyle Foster, a former homosexual who founded Mastering Life Ministries, had uploaded on Vimeo hundreds of videos of former homosexuals and lesbians and other people struggling with various sexual issues who had found healing through Jesus. They were available until Spring 2017, when the channel told Mr. Foster that all of them had been deleted because of their “hate messages.”

During an April 10, 2018 hearing, Sen. Ted Cruz, Texas Republican, told Facebook founder Mark Zuckerberg that "a great many Americans" are "deeply concerned that Facebook and other tech companies are engaged in a pervasive pattern of bias and political censorship."

Sen. Cruz listed content that he said had been "suppressed" by Facebook, "including stories about [2012 GOP presidential candidate] Mitt Romney [and] stories about the Lois Lerner IRS scandal."

"In addition to that, Facebook has initially shut down the Chick-fil-A Appreciation Day page ... has blocked over two dozen Catholic pages, and most recently blocked Trump supporters Diamond and Silk’s page – with 1.2 million Facebook followers -- after determining their content and brand were 'unsafe to the community.'”

Is it any wonder that many young people hold a jaundiced view of America, free markets, traditional values and the Republican Party?

Robert Knight is a Townhall contributor. His latest book is “A Strong Constitution: What Would America Look Life If We Followed the Law” (djkm.org, 2018).