Complacent Majority Not the Answer 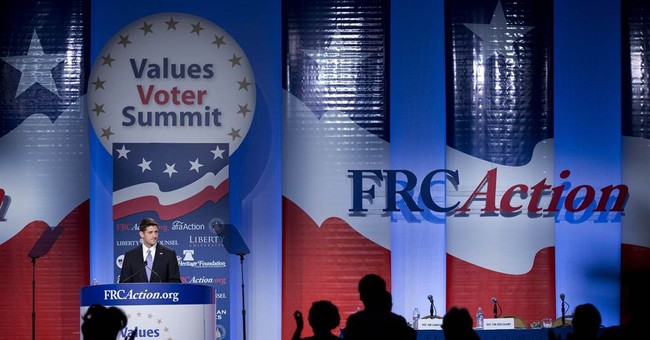 With all the calls to conservatives to give up on the culture, the only thing lacking is a drone-riding witch over the Statue of Liberty skywriting “Surrender Dorothy.”

First, he accurately diagnosed the situation:

“More and more Christians feel estranged from mainstream culture. They fear they will soon be treated as social pariahs, the moral equivalent of segregationists because of their adherence to scriptural teaching on gay marriage. They fear their colleges will be decertified, their religious institutions will lose their tax-exempt status, their religious liberty will come under greater assault.”

Indeed. Then he offered a solution: “Consider putting aside, in the current climate, the culture war.…” In other words, leave the public square to radicals who are creating a government and culture openly hostile to anyone holding traditional values. Maybe they won’t hit you if you keep your head down.

But conscientious objection will soon cease to be an option. A case in point is unfolding in ever-more-liberal-and-thus-intolerant Oregon.

The state’s Labor Commissioner, Brad Avakian, was not content to uphold a ridiculously punitive $135,000 fine against two former Christian bakery owners for “emotional” damages to a lesbian couple for not baking a wedding cake in 2013 for them. He also recently issued a gag order.

Aaron and Melissa Klein of Sweet Cakes by Melissa were ordered to “cease and desist” sharing “any communication” about their decision to decline the cake request.

The Kleins, who closed their bakery, never refused routine service to all customers. They declined only to service an event – a same-sex “wedding” – citing their Christian beliefs against abetting or celebrating sin. Thanks to the progressive-minded Mr. Avakian, they can’t even explain why this is different from serving up some cupcakes.

After supporters raised $109,000 on GoFundMe to defend the Kleins, the crowd funding website shut down the page to appease the forces of “tolerance.” The Kleins have since moved on to ContinuetoGive.com.

By the way, the aggrieved lesbians listed 178 “damages” they suffered for having to patronize another bakery, including “loss of appetite” and “weight gain.”

As the Oregon case shows, liberals are increasingly resorting to the use of government power to stamp out resistance.

In the old Soviet Union, surviving churches were allowed to operate as long as congregants did not do charitable work or anything else beyond the closed doors. Absent a major correction, we are closing in on the Soviet reality.

"Certainly the First Amendment says that in institutions of faith that there is absolute power to, you know, to observe deeply held religious beliefs. I don't think it extends far beyond that." No, not beyond church walls or inside your head.

As Justice Samuel Alito acidly warned in his Obergefell dissent: "I assume that those who cling to old beliefs will be able to whisper their thoughts in the recesses of their homes, but if they repeat those views in public, they will risk being labeled as bigots and treated as such by governments, employers, and schools."

Meanwhile, we’re told that political resistance is not only futile but perhaps even anti-Christian.

Ordinarily reliable conservative columnist Cal Thomas recently rebuked his fellow evangelical Christians, citing the sins of the old Moral Majority. He’s right in one sense: All too often, Christians have been suckered by the GOP establishment, only to face betrayal. But here’s his advice: Live good lives and aid the poor, but as for politics? Stay out of it. He assures us that this “isn’t about surrender.”

With all due respect, yes, it is. And it’s music to the ears of secular elites who want a power monopoly.

Although Christians were warned by Jesus that they would be at odds with the world, situations can vary immensely. Taking leave as “outsiders” might have made sense in an authoritarian regime like ancient Rome, but America was created as a self-governing republic where “we the people” are Caesar. When people of faith shrug and let the God-hating secular Left dominate the public square, they’re not only being bad citizens but, as Edmund Burke noted, aiding the advance of evil.

Sharing the Gospel and actively engaging in citizenship are not mutually exclusive.

Recent events should shake people from complacency and spur them to get more involved in public policy, not less.