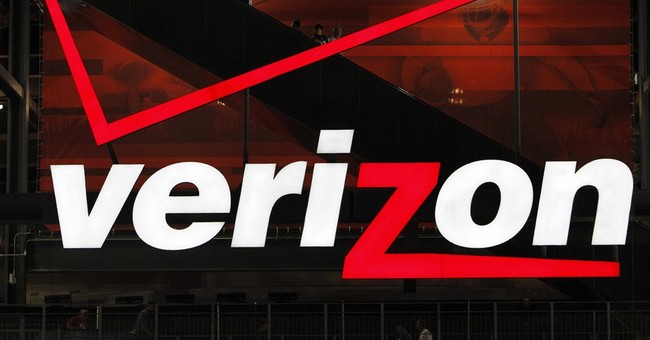 In 1865, following the most costly war in America’s history, the 13th Amendment abolished the odious institution of slavery in the United States.

Why, then, is telecommunications giant Verizon providing an outlet for the products of the modern-day slavery of sex trafficking and child-themed pornography? The short answer is that it’s good for the bottom line.

Speaking of the bottom, that’s where you find libertine societies where the only considerations are whether something makes money or involves adult consent. Stripped of moral restraints, the marketplace eventually serves up pedophilic and sexually violent content.

“As the pandemic of harm from pornography grows, Holder gives criminal pornographers the green light to proceed by stopping all enforcement of federal obscenity laws,” Mr. Trueman explains.

The list, which is far from comprehensive, includes Facebook, for not enforcing its own standards, the local networking site Tumblr, Google, and PlayStation for its live, streamed pornography and sexually violent games.

It also includes Verizon, citing the obscene movies it sells through FIOS. You’d think that a company that portrays itself as the acme of excellence would be embarrassed. But you’d be wrong.

Because of Supreme Court rulings, pornography is legal, but even the Court drew a line at obscenity, which is not protected speech under the First Amendment. The reason that even corporate giants now peddle obscenity is that the Justice Department, beginning in the Clinton years, stopped enforcing the law.

Consequently, Verizon is taking pimp money for such movies as “I Banged My Stepdad,” “I Did the Babysitter,” “Mom, Daughter and Me,” and “Gang Bang Sex Slaves.” These are actual titles.

“The explosion in choice is a tremendous benefit to consumers, but not all consumers want to have access to all content for themselves and their families all of the time,” Artney responded in a letter. “Not all content is desirable to or appropriate for all consumers, however, and Verizon is proud to provide our customers with myriad tools to control the types of content that they and their families have access to through our service.”

Well, yes. As human beings created in the image of God, they deserve respect and justice. But that doesn’t mean that selling one’s body is a good thing. It also does mean the victims have exercised free choice. Often, they are beaten and drugged to force them to “perform.” Sex trafficking of women and children is part of the worldwide modern slavery plague of human trafficking. It’s a pipeline to dependency on evil men who exploit the vulnerable. This now includes some Fortune 500 executives.

Jesus famously rescued a woman caught in adultery who was to be stoned to death by a mob. He suggested that any man who has not sinned should cast the first stone. After all the men left, starting with the oldest, Jesus told the woman to “go and sin no more.” That’s the part that libertines leave out when they twist Jesus’s compassion into a free ticket to Sodom and Gomorrah.

For more than 200 years, America’s laws reflected the biblically-derived understanding of sex – that it belongs in marriage, and that outside that haven, it causes much grief. Family-centered, self-governing Americans created the freest and most prosperous nation in history.

Although sometimes it feels as if America suddenly got hit by a tsunami from hell, the wave got its start in an earthquake at Indiana University in the late 1940s. That’s when Dr. Alfred C. Kinsey launched his fraudulent sex studies of men and women and laid the “scientific” foundation for the sexual revolution that took off in the 1950s and rumbled through the drug-addled ‘60s. By the time it lurched into the ‘70s, the sexual revolution had conquered or wounded all institutions that transmit cultural values.

The sexual revolution, beloved of liberals who still think America is too prudish, has reduced our country to a land where a massive media company can wrap films like “Pigtail Teens Pounded” (real title on Verizon) in the red, white and blue flag of consumer choice.

If we end up living in a land where shame has no place, we will be ashamed of where we live.

Verizon is a communications company. Eric H. Holder, Jr. is Attorney General. Maybe it’s time we communicated something about the new slavery to them.