Robert Charles
|
Posted: Feb 15, 2016 12:01 AM
Share   Tweet
The opinions expressed by columnists are their own and do not necessarily represent the views of Townhall.com. 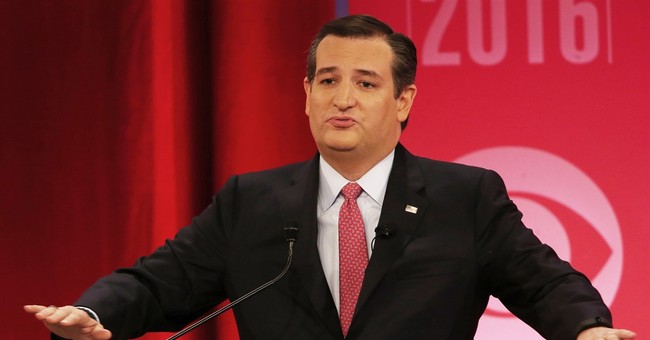 So, you are a veteran, you served well and honorably, you love your country, and you believe in protecting her.  You want America to stay strong, get stronger, be worthy of all those who have gone before – and what they have given.   The whole political cycle, this time around, is gut-wrenching.  Who do you vote for?  Let’s assume, like me, you are not a one issue voter.  You are a person of faith too, with a healthy respect for history.  You respect leadership qualities, including decisiveness, a commitment made and kept, humility and honor, decency, strength and smarts – without excuses.  Most, you want our nation safe.

You also do not appreciate being taken for granted, used like some old checker on someone’s political game board. You are drawn to Trump, because he says what he thinks and drops sound bites like salvos – and they bite. You are drawn to Cruz, because he is if not the happy warrior, a strong one. He is rock solid in his resolve to rebuild the American military. He knows the facts, and visibly listens to veterans old and young.

Cruz seems to want to hear what Veterans think and need, no pandering. He has pledged to get them the best medical care available (an earned choice, including private care if the Veterans Administration fails them), to honor their honorable service, and to preserve the legacy fought for – that is, a strong military and global respect for America. You have given the others a good look, and they all seem animated by side issues, of which your service is but one.

Ok, let’s get down to brass tacks: Who is real? The facts below offer some insight. Fact One: Only Ted Cruz has made the point publicly, in detail and without reservation, that Veterans deserve the choice between private and public medical care, that is, a Veterans’ Administration (VA) that has the best hospitals, and more: The choice of getting reimbursed private care if that is what they need. No other candidate has made that pledge, and did it again on Veterans Day.

For me, that pledge is worth something. While my own service as a Naval Reserve Officer topped out at ten years, my father died at the Carl Vinson Veteran’s Hospital, in Georgia. He needed that care. My grandfather, Annapolis 1925, could have used access to private care. Both are buried at Arlington, and both served honorably. If the VA is unable to provide timely, effective treatment, Vets should be able to get it quickly elsewhere, outside the system. Cruz gets that. Point Cruz.

Fact Two: Words are cheap. My heart beats faster when someone say they want to “make America great again.” They get my attention, of course. But don’t we all crave that, especially now? The first I heard anyone say and mean it was Ronald Reagan, for whom I worked. He did not stop at sound bites. He did not hide behind the phrase, he gave it deep meaning, national security details. He did not shy from serious conversations, not hide behind slogans, streaming insults, or disparagements.

Clear, well-informed commitments, followed by promised decisions, are what count. Greatness is earned. Who knows that better than Veterans – and a winning Supreme Court litigator? Cruz has gone one better. He has defined the issue, explaining how and why the next president will have to rebuild our military. Without restored naval sea power, perhaps twice the number of ships, the rest is academic. America will no longer be able to project power. Without restored and used air power, without sustained commitments to re-equip our fighting men and women, re-setting deterrence, the rest is irrelevant. Cruz is the “peace through strength” candidate. Defense and Veterans are a priority. Second point, Cruz.

Fact Three: Trump has spoken liberally about “being strong.” But what does he mean? Cruz has put muscle on the bone. Rejecting a “politically correct” military and “drafting” of women, Cruz has stood with common sense, and our history. He will not weaken our military with social experimentation. He will follow data, not lower standards or sanction discrimination. Is that not how America is best defended? Cruz understands force structure and morale. Third point, Cruz.

Fact Four: Veterans make a life-and-death commitment. Some go far, some stay close. Some face high risk and harsh combat, others are spared. That was true of WWII, Korea, Vietnam, Gulf War One, Kosovo, Iraq, Afghanistan, and less well-known engagements. Many Veterans come home injured, physically or battling shadows for years, maybe just having to rebuild their family. Veterans pay a dear price for that commitment to our Nation. Cruz sees that. What is that worth?

Put differently, Cruz does not toy with Veterans’ emotions. He does not throw parties for cameras, leave promises unfulfilled. What has Trump done? Bypassing the Iowa candidate debate, he threw a big televised shindig, supposedly raised six million dollars “for veterans.” But as the Wall Street Journal reported, of the 22 groups he said he would support, few have heard much. Trump secured their presence, helping himself to their honor, promised all 22 funding – and only three have received anything.

Why too no record of what was actually raised that night, only a recent statement that 1.7 million was given online. Was this real, or not? Was this event an extension of concern for Veterans, or just another political stunt? As time passes, it looks more a stunt. Was this more flash without follow-through? Cruz would never do that. Another point Cruz.

Bottom line: We cannot know who best will serve Veterans – not with certainty. We can only know who has spoken in detail, stood by his word, understands their plight, medically, morally, physically and from heart. In words and deeds, Cruz has consistently honored, heard and lifted Veterans, without glitz. Cruz is on record for our fighting men and women, and rebuilding our military. Reach your own conclusions, but for me the choice is simple: Match point, Cruz. If faith and consistency count, Cruz keeps faith. Semper fi.

Is This Why Chris Cuomo Was Really Fired?
Townhall
Insane (and racist) Nation sports editor Dave Zirin accuses Enes Kanter Freedom of 'trying to organize a hate crime' for blasting Jeremy Lin's CCP bootlicking
Twitchy
Lefties Freak out on Conservatives for Doing Exactly What They Told Them to Do
Redstate
RUN AWAY! Democrats Fleeing Biden's Sinking Ship
PJ Media