Why is the GOP Imploding? 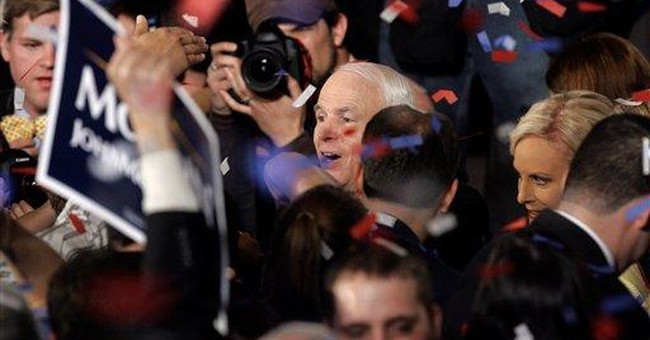 A Mississippi congressional district that voted for President Bush by a twenty-five point margin in 2004 recently elected a Democrat to Congress. In fact, Republicans have now lost three special congressional elections in a row in previously reliable Republican districts. What is wrong with the Republican Party?

To be sure, many Americans are upset about the economy. Everyone feels the impact of high gas prices, high grocery prices, and the housing meltdown. However, what really bothers many Americans is that the Republican congressional leadership of 2005 and 2006 ignored these burgeoning national problems in favor of wasting time and energy on misguided attempts at legislating morality. These GOP leaders claimed that their beliefs in limited government principles and free markets prevented them from taking any action on the issues Americans care about. However, they had no problems with big government when it came to social issues. In these cases, the sky was the limit! This was especially true with Internet poker.

The Unlawful Internet Gambling Enforcement Act of 2006 (UIGEA) is typical of Republican leadership efforts to legislate morality. The GOP leadership embraced the power of the federal government to tell Americans what to do in their own homes with their own money. The GOP leadership also embraced UIGEA’s deputizing of banks to enforce the law, as if America’s banks were an unpaid arm of the Department of Justice. The GOP leadership even supported UIGEA’s anti-free-trade provisions. In fact, a complaint was brought against America regarding UIGEA in the WTO, and America lost. Rather than respecting the decision (as America regularly does, often to the detriment of our homegrown industries), the U.S. settled the case and withdrew from that part of our treaty commitments. The public may never know how much the settlement cost us, as the Bush administration classified the settlement on grounds of national security!

Rather than focusing on problems Americans care about, the Republican congressional leadership squandered valuable time and resources on legislation that told Americans what we can and cannot do in our own homes, presumably for our “own good”. Predictably, the voters reacted strongly to this hypocrisy by electing Democratic majorities to both houses of Congress in 2006.

The GOP congressional now-minority leadership has not yet adjusted its priorities to match those of the American people. Despite Congress clearly having more important matters with which to concern itself, a few GOP leaders are redoubling their efforts to force banks to scour the Internet for online gaming. When some congressmen, including the Chairman of the House Financial Services Committee, recently wrote to Treasury Secretary Henry Paulson and Federal Reserve Chairman Ben Bernanke with a request that they not waste resources better used on pressing economic and mortgage issues on completing the UIGEA regulations, House Minority Whip Jon Kyl (R-AZ) and others sent a rebuttal letter demanding that these departments devote MORE resources to this issue!