The Emperor Paid No Taxes

Rich Galen
|
Posted: Oct 03, 2016 12:01 AM
Share   Tweet
The opinions expressed by columnists are their own and do not necessarily represent the views of Townhall.com. 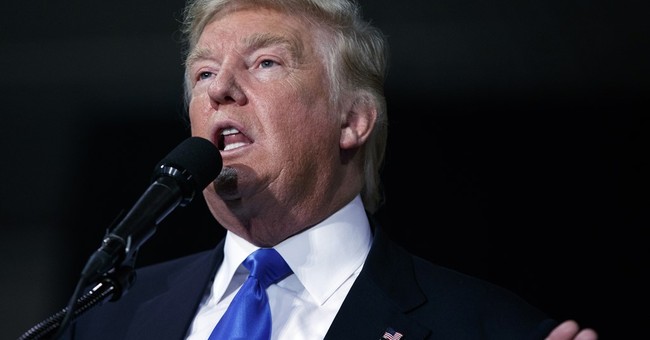 In light of what was in all probability an illegally leaked copy of a couple of pages of Donald Trump’s 1995 tax return, we now know he paid no federal income taxes for 18 years.

It seems that Trump lost $916 million in one year. The tax code allows you to reimburse yourself for bad business decisions by deducting a ginormous one-year loss from three years before the loss to 15 years into the future.

I don’t usually share personal stuff with you, but I will admit I haven’t lost $916 million total. Lifetime.

So, we have to give Trump some credit for having the audacity to (a) invest enough in one year to lose $916 million and (b) make the rest of us pay for his mistake.

I took one accounting class in college, so I will not pretend to know any more than I read in Sunday’s papers about how this works. But here’s what I do know: Regular people don’t legally avoid paying federal income taxes for 18 years.

The irony is: This is exactly the kind of thing that has work-a-day Americans so angry. Work at a major financial institution that bought and sold worthless mortgage instruments? No problem.

Here. Take this bonus money and build an addition onto your house in the Hamptons.

Moved into a house having been duped by greasy mortgage brokers to feed those financial institutions? Big problem.

We’re taking your house back. Your stuff is on the lawn. Get out.

For most of us, the only time we think about income taxes is on April 15 when we file our tax forms. Since 1943, when Congress passed the “Current Tax Withholding Act” to provide a constant stream of revenue to pay for World War II, most of us never see the money.

Employers are required to withhold federal and state income taxes as well as our share of contributions (“Contribution,” as used here, has nothing to do with voluntary giving) used to fund Social Security, Medicare, unemployment compensation, and worker’s compensation programs.

As the U.S. Treasury itself points out the move to automatic withholding:

“greatly reduced the taxpayer's awareness of the amount of tax being collected, i.e. it reduced the transparency of the tax, which made it easier to raise taxes in the future.”

Unless you are Donald Trump or any one of a small number of mega-developers for whom income taxes are just another piece on their personal financial chessboard to be sacrificed in search of every last penny of personal profit.

Trump defenders properly point out that he used the tax code as written. And, if we don’t like it, we can demand the tax code be changed.

Changes in the tax code that include increasing the income taxes paid by rich people are not exactly welcomed with parades and balloon drops in the hearing rooms of the House Ways and Means, or Senate Finance Committees.

Next time a member of the House Freedom Caucus (the Tea Party Members) complains about more Federal spending on public programs, ask him or her whether a program that allows one person to avoid federal taxes for 20 years is a good use of federal funds or a bad use of federal funds.

Those 18 years of income taxes Trump (and who knows how many others) didn’t pay would have helped make money available for child care, infrastructure, defense, or – and pay close attention here – reducing the federal debt.

It might be legal but, like the Emperor who wore no clothes, Trump paying no taxes is not a pretty sight.

The Jewish holiday of Rosh Hashanah started last night. If it applies to you, have a happy and healthy New Year.