Vulcans Have No Sense of Humor

Rich Galen
|
Posted: Aug 25, 2016 10:42 AM
Share   Tweet
The opinions expressed by columnists are their own and do not necessarily represent the views of Townhall.com. 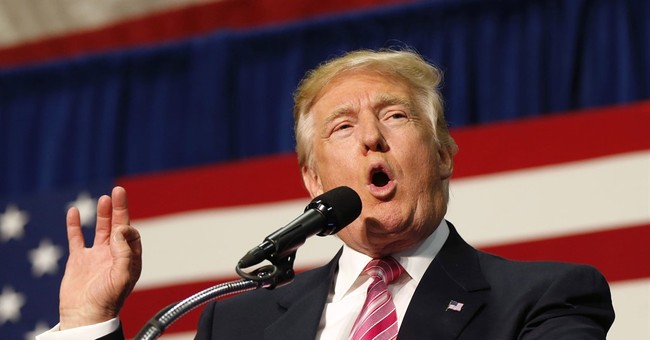 The Associated Press has published a major story suggesting that half of people who got themselves put on Hillary Clinton's official schedule when she was Secretary of State were also donors to the Clinton Foundation.

The AP analysis says that of the 154 people who were not connected with the U.S. or any other government that got time with Clinton,

One of the patterns that has developed over the decades the Clintons have been in the national spotlight is this: The more potentially damaging the charge to one of the Clintons, the faster and more vehement the Clinton rapid response team swings into action.

Remember, this wasn't a study by Harry's News Service. This was the Associated Press.

Clinton's defenders, like Vox.com hold that we should all move along. Nothing to see here.

"However many times [Clinton's opponents] take a run at it, they don't come up with anything more scandalous than the revelation that maybe billionaire philanthropists have an easier time getting the State Department to look into their visa problems than an ordinary person would."

No doubt that's true, but the number of times Hillary Clinton has used her position to her family's advantage means she has run out of Get Out of Jail Free cards. No more benefits of the doubt.

"The press has decided that we're going to go after this and shut it down. You are probably going to be successful. There will be people that are going to die because of this."

The AP points out that none of this appears to be illegal, nor does it seem to violate the ethics agreements the Clintons signed before Hillary assumed the Secretary of State duties. However, the wire service also points out that

"The frequency of the overlaps shows the intermingling of access and donations, and fuels perceptions that giving the foundation money was a price of admission for face time with Clinton."

Not surprisingly, some people who donated to the Foundation also found some quarters behind their sofa cushions to make political donations.

Again, from the AP:

"Some of Clinton's most influential visitors donated millions to the Clinton Foundation and to her and her husband's political coffers. They are among scores of Clinton visitors and phone contacts in her official calendar turned over by the State Department to AP last year."

Meanwhile, Donald Trump has been trying to tone down his rhetoric. His latest campaign manager, Kellyanne Conway, has spent her week repeating what he has said before and saying it doesn't mean what we all thought it meant - and when I say "we" I include Donald Trump.

After dominating the airwaves for months, Trump now sends his staff and lawyers to go on TV to tell us what we're getting wrong.

Last week, one of Trump's lawyers, Michael Cohen, was asked about the latest shakeup by CNN host, Brianna Keilar. This, from CNN's webpage:

Keilar: "Well let me ask you about this -- so you say it's not a shake up, but you guys are down. And it makes sense that there would ... "

Keilar: "Polls. I just told you -- I answered your question."

Not exactly Lincoln-Douglas, but you get the drift.

Hillary Clinton versus Donald Trump. 320 million people in the country and these two are what the Republicans and Democrats came up with.

I Tweeted the other days that this campaign is so weird that people on the planet Vulcan were doubled over with laughter.

Vulcans, have no sense of humor.