Rich Galen
|
Posted: Apr 27, 2016 10:10 AM
Share   Tweet
The opinions expressed by columnists are their own and do not necessarily represent the views of Townhall.com. 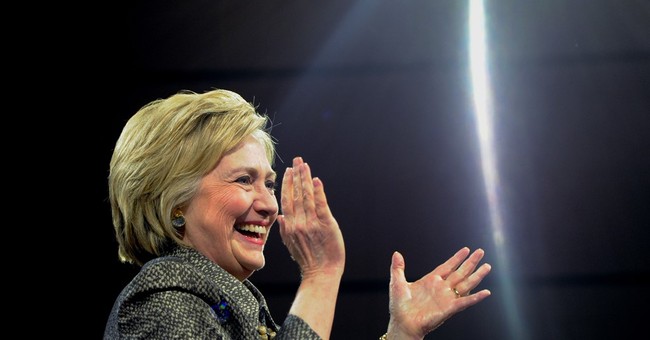 Maybe it doesn't work this way anymore, but back in the day this was the point in the campaign when the best conversations take place after the candidates have been put to bed leaving the staff and the press to share a couple of beers in the hotel bar and have off-the-record conversations about what's really going on.

Especially the campaigns that were trailing.

Staffers and reporters typically had been through other campaigns together and trusted each other that off the record meant OFF THE RECORD. Professional acquaintances, equally tested and knowledgeable, let their hair down and analyzed the campaign.

After last night's activity, it is clear that the two nominees are going to be Hillary Clinton and Donald Trump. It might be ugly through the last 20-or-so states, but, barring a grand jury handing up an indictment against one of them, this is essentially over.

I know that Trump winning on the first ballot in Cleveland next July will be a major disappointment to the news media who want to expand their convention coverage to way beyond the one-hour-per-night that has become common at least among the broadcast nets.

I also understand that it is in the commercial interests of the media to continue the breathless analysis of how many delegates Donald Trump has to win in which state to get to the magic 1,237 delegates.

As we discussed the other day Trump has figured out that there is a difference between the delegate collection process (winning the popular vote) and the delegate selection process (actually getting people who will support you elected to attend the Republican National Convention).

He knows getting the planning and zoning commission to approve the plans for a large building is one thing. Actually building it is something else and requires a completely different skill set.

He has already announced he is going to personally attend some of the upcoming state conventions to press his case for delegates.

Short of a Malaysian airliner slipping off the radar, the cable nets have nothing else to keep hope alive that the Republican and Democrat primary selection processes are not over.

Last night Donald Trump did, in fact, run the table: Pennsylvania, Maryland, Delaware, Rhode Island, and Connecticut. And he didn't win by a little. In every case (except, at this writing, Maryland) Trump got near or above 60 percent of the vote.

That means that the plot hatched over the weekend between the Ted Cruz and John Kasich campaign to not campaign in states where the other guy is stronger has no meaning. If Trump is getting over 60 percent of the vote, even someone with my limited math skills knows that there only 40 percent of the votes are left.

On the Democrat side, Clinton cruised to victories in Maryland and Delaware shortly after the 8 PM poll closings. Pennsylvania came in for her a bit later. At best Bernie Sanders will have won Rhode Island and Connecticut which will not matter which will be the nominee, but it does give Sanders and his supporters some bragging rights that she couldn't shut the door.

In her victory speech, Clinton appeared to be pointing out the failures of the Barack Obama administration - one of the problems of being from the same party as the incumbent. Maybe she has made the calculation that she doesn't need to run away from Obama, but she doesn't need to put herself in political jeopardy by wrapping herself around his policies.

So, for the staffers on the Sanders, Cruz, and Kasich campaigns, the time is growing short for someone to come up with a miracle move that will overhaul the leaders.

The sand is running through the hourglass. This campaign is coming to a close.