Rich Galen
|
Posted: Mar 16, 2016 10:05 AM
Share   Tweet
The opinions expressed by columnists are their own and do not necessarily represent the views of Townhall.com. 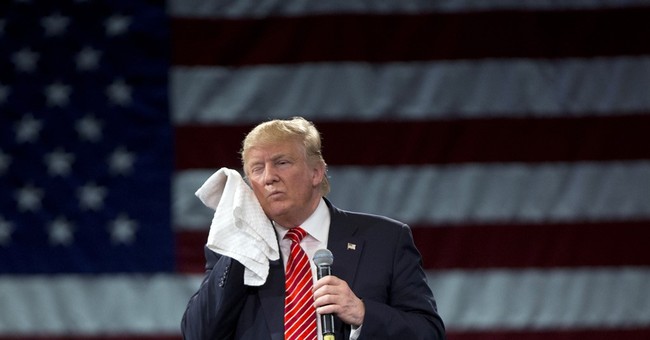 Donald Trump has as good a night as we thought he would have. It appears he has won four of the five states in play: Missouri, Illinois, South Carolina, and Florida.

Marco Rubio, who is one of Florida's U.S. Senators, didn't just lose his home state to Trump, but got skunked by almost 19 percentage points.

I have nothing against Sen. Rubio, I just never understood the rationale for - or the theory of - his campaign.

That debate in New Hampshire when he went into brain lock and said the same thing about President Barack Obama four times and his Don Rickels week when his team had him try to out-Trump Trump with personal attacks, sealed his fate.

Trump was correct last night when he said that in spite of tens of millions of dollars in negative advertising in Florida, his numbers kept going up. "I don't understand it," he said. "Nobody does."

Ted Cruz might still pull out a whisker-thin win in Missouri. As I write this on Wednesday morning Trump is leading him by a scant 1,726 votes - one tenth of one percent - with 99 percent of the votes counted.

If Cruz does pull that out it will count as a state win, but won't make much difference in the delegate count.

In Ohio, John Kasich made good on his promise and won his home state by an 11 point margin over 2nd place Trump. Kasich gets all 66 of Ohio's Winner Take All delegates, but even with that he has only 138 delegates, 483 behind Trump's 621.

On the Democrat side, the conventional wisdom was that Hilary Clinton would certainly win two states - Florida and North Carolina - and might win three.

She won at least four - including Ohio where even her own campaign was preaching caution well into the afternoon about how close the Buckeye State might be.

Like Cruz, Bernie Sanders might squeak out a victory in Missouri which Clinton leads by just over 1,200 votes but, again like Cruz, it won't make much difference in the delegate count.

The reason Clinton's possible sweep was so striking was because of Sanders' upset win in Michigan last week. As you remember, Clinton was favored by up to 27 percentage points in the run up to last Tuesday's vote there but Bernie won.

That led the pundificators to suggest that maybe Hillary was weak in the Midwest, could only win in the South with its high percentage of minority voters in the Dem primaries, and that Sanders might go to the Democrat convention in Philadelphia leading in elected delegates, but losing to Hillary because of the 717 unelected Super Delegates.

If Sanders continues his campaign (which he will because he has plenty of money) it will not be to secure the Democrat nomination, but to make certain he keeps Clinton trapped in the Liberal end of the spectrum, in effect singing from his songbook.

What about Trump's march to victory?

It still appears unlikely that he will secure the necessary 1,237 delegates by the end of primary voting on June 7.

How close he is will be the big story.

If he is 50, or so, votes short he will likely be able to scoop up enough delegates from the "suspended" campaigns of his former rivals to arrive in Cleveland five weeks later with the nomination secured.

Even if he doesn't - again if he is a relative handful short - and isn't nominated on the first ballot, he has a very strong argument that he won the most states, got the most votes, and is the only candidate that can win the battle against Clinton for TV time through the Fall campaign.

Speaking of which. Trump has only one approach to speaking to an audience. Bombast. Clinton is like the fictional band "Spinal Tap" and has a volume control that is stuck on 11. Boombox vs Bombast. Can November 8 come quickly enough?

On the Secret Decoder Ring page today: A link to the video of the "Spinal Tap" 11 bit and the delegate tracker from Bloomberg. com.