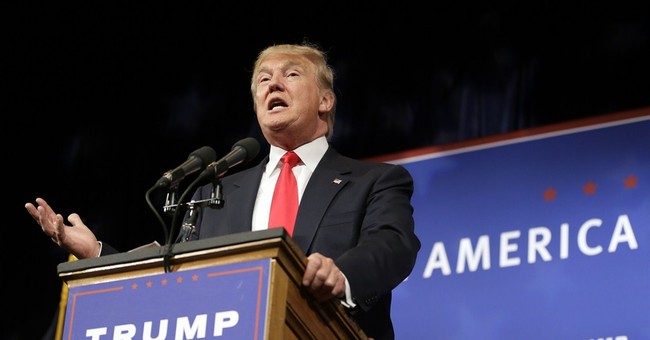 The father of modern political training, Joe Gaylord, used to say in his "Key Elements of a Campaign" lecture that politics is not solitaire; it is poker.

I have since refined that to suggest that it is really like Texas Hold'em:

There are cards that you can see that your opponent cannot.

There are cards that your opponent can see that you cannot.

There are cards on the table that you both can see; and,

There are cards in the deck that neither of you can see.

This is what happens when you have too much time on your hands.

The case in point this week was the triumvirate of major speeches by Hillary Clinton, Jeb Bush and Donald Trump.

Hillary's speech was on a Saturday which, by definition, reduces attention by the general public.

Jeb's announcement speech was on Monday; it was well-produced and, if Hillary's speech came off like a State of the Union address, Bush's had the look and feel of a convention acceptance speech.

Then, on Tuesday, came the Trump announcement speech.

There is no sense in analyzing Trump's content or delivery. If you've ever seen Trump on TV you've seen and heard it all before. It went on for so long I Tweeted, "Is he running for President of the United States? Or, Cuba?" but you have to be old enough to remember the hours-long harangues by Fidel to his people back in the good old days when Cuba was an enemy.

What the Trump announcement did, was suck the air out of the post-Bush announcement tour. Bush got the coverage a major candidate should receive; but it was Trump's carnival barker act that got everyone's attention because it was fun to watch, fun to cover and, as I am proving once again, fun to write about.

The Democratic National Committee had the best line of the day about Trump when they Tweeted: Finally, a serious candidate enters the GOP contest.

The question becomes: What effect does Donald Trump have on the campaign?

First of all assuming his claim to be worth $8 billion is correct to within the nearest $7 billion, he has the money to tinker in this thing until he gets bored. The $100 million that the Bush campaign is expected to announce as its fund raising total for the period ending June 30 is 1.25% of $8 billion.

Trump can cause a lot of mischief.

Politically, Trump won't have much of an impact on the Big Three on the GOP side: Bush, Marco Rubio or Scott Walker. They are serious candidates and serious voters will have to decide among them.

The Trump problem will more likely affect the 2nd tier and fringe candidates whose support is wholly dependent on disaffected Republicans. That end of the pond is pretty crowded already with Ted Cruz, Rand Paul, Mike Huckabee, and Ben Carson to name but four.

Rick Perry is probably the only non-tier-one candidate that can afford to ignore Trump's appeal to the hard right.

What will happen if Trump is among the top ten in polling when the debate season opens in August? Fox's numbers will soar to see what might come out of Trump's mouth and how long it takes to get there.

What would keep that from happening? Trump.

He needs to keep saying nuttier things to feed the social media and cable news shows. At some point he will go too far and people will see him as a petty, mean man; not a crusader.

Just the other day he said Fox's Charles Krauthammer and George Will are "losers" who just sit there," and "haven't done anything."

Will and Krauthammer can fend for themselves, but Charles is an MD, a board certified psychiatrist who is paralyzed and confined to a wheel chair. He is also a Pulitzer Prize winner (as is George Will).

Nevertheless he is pretty independent, driving himself to the studio, writing a syndicated column, and I see him with some regularity at Nationals games.

"During his first year of medical school, Krauthammer was paralyzed in a diving-board accident and was hospitalized for 14 months. He continued his medical studies at Harvard, however, and graduated with his class, earning his M.D. in 1975."

As Admiral Josh Painter (Fred Thompson) said of Jack Ryan in The Hunt for Red October:

"That kid spent ten months in traction, another year learning to walk again. Did his fourth year from the hospital. Now it's up to you, Charlie, but you might consider cuttin' the kid a little slack."

If Trump is looking for someone who is the embodiment of the American spirit of "don't take no for an answer," he should be praising, not berating Dr. Charles Krauthammer, MD.

Trump is not a serious candidate for President, but he can afford to be an raspberry seed in the tooth of this campaign.