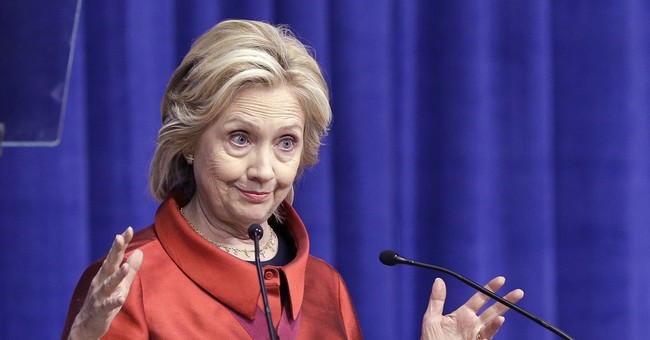 NOTE: I missed writing Wednesday night because I was under the weather. Way, way under it. Because of modern pharmaceuticals I'm much better now and it's back to the normal cycle.

To the Hillary Clinton campaign's great credit, they have gone a long way toward not just making it illogical for any Democrat to mount a campaign against her, but political treason.

We saw this same model in the 2000 cycle. How many times were we told, "If Hillary runs, she'll be President"?

A funny thing happened on the way to the West Front of the Capitol.

We've gone through this before, but it bears repeating.

The third place finish in Iowa was not a surprise to the Clinton campaign. Writing in the U.K. Guardian in June, 2008 reporter Suzanne Goldenberg wrote:

"By mid-2007 Clinton's former deputy campaign manager, Michael Henry, grew so concerned at her prospects in Iowa that he wrote a memo, later leaked in the press, suggesting she skip the state and focus on the next contest in New Hampshire."

After limping out of Iowa, the Clinton campaign was confident they would right the Good Ship Hillary in New Hampshire. She won there, but because the margin was so small over Obama (39.1 - 36.5) it only served to show that her campaign might be in even bigger trouble than anyone thought.

Nevertheless, the inevitably card that she dusted off from the 2008 effort, might still not have the magic she wants us to believe it does.

Meanwhile support for Sen. Bernie Sanders (VT) who is an announced, if largely uncovered, candidate grew from 6 - 11 percent of Democrats. An increase of 83 percent.

Over on the CNN poll, the news for Clinton was marginally worse. Last month 69 percent said they favored her for the nomination. This month? 60 percent, a drop of 13 percentage points in a month.

In that CNN poll Sanders, who is a serious man, but not a serious contender for the nomination, saw his support double, from 5 percent to 10.

In that poll, by the way, Vice President Joe Biden's support - even though he has not been considered a candidate - grew from 11 percent to 14.

What does all this mean? It means there appears to be a real chance of Democrats who could be serious contenders to begin reassessing the whole coronation thing.

Because Barack Obama has had coattails as long as American Pharoah's tail, there are only 18 Democratic Governors across America so the pickings there are thin. Democrats still have 45 Senators and one of them is already in the game.

If just one of those Governors Senators, or another well-known Democrat decides that the nomination is up for grabs, I'm pretty certain that six to eight others would gather their campaign staffs and start making phone calls.

Hillary, it seems, is losing ground.