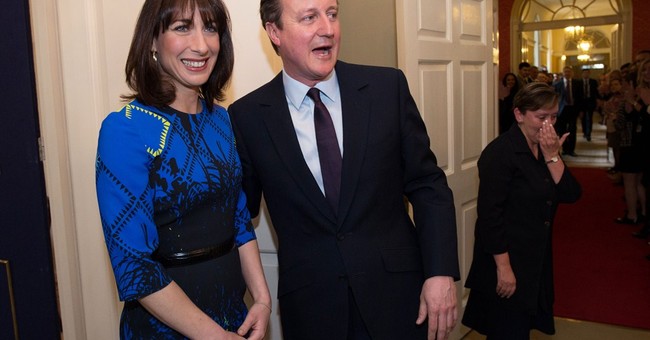 · The results of the elections in the United Kingdom last week were the latest, not the first, surprise if "surprise" is based upon what the pre-election polls were saying. The Conservative Party had been tipped (as they say in the British papers) to play to a tie with the Labour (as they spell it in Britain) Party at the the six-week campaign.

· When the dust settled (as they said in the old West), the Tories (another name for the Conservative Party) romped not just to the most seats in the 650-seat Parliament, but an absolute majority of 331 seats - a feat the Tories had not accomplished since 1992.

· This wasn't a failure of one polling firm. It was all of them. In fact one pollster reported (after the fact) that his firm had spotted the large shift toward the Conservatives but because "it was so far out of line" with what every other pollster was reporting, and with their own previous polls, they assumed there was something wrong with the data and, so "chickened out" of reporting it.

· I am OK at reading polls, but I am a strategist, not a statistician. I can look at what are known as the top lines - "If the election were being held today, would you vote for Candidate A or Candidate B." I can even look at the "cross tabs" - the subgroups of the total sample to see how women answered as opposed to the total sample. I can even get down a level and understand (if the data is reported this way) how women over 30 with a college degree answered that question.

· That is not a special talent. Anyone who has been in politics for more than one County Dinner can learn to look at data in two dimensions.

· Watching the best of the best do this in a presentation is like watching a brilliant conductor having the orchestra produce sounds I could not have imagined possible.

· Ok, so why did they get the Eric Cantor primary election so wong? Less than a week before the primary election between the Majority Leader of the U.S. House and his virtually unknown insurgent opponent, David Brat, Cantor's campaign told the Washington Post that its internal poll had Cantor with a 34 percentage point lead - 62-28.

· A public survey released at the same time showed Cantor with a more modest lead of 52-41 with nine percent undecided.

No legitimate polling firm will allow a client to lie about the results of a survey. Survey memos are traditionally slanted to put the best possible light on the results ("Candidate A's support among women over 30 years old with a college degree has nearly doubled from the previous poll") but will not allow a campaign to release the numbers "Candidate A now leads among women over 30 with a college degree) unless that's what the survey actually reported.

· More recently most of the major pollsters in the United States missed the surge toward Republicans in the mid-term elections of November 2014. The guru of political scientists, Dr. Larry Sabato of the University of Virginia, and his team had the range of GOP victories in the U.S. Senate at a gain of between 5 and 8 seats - just about in line with most of the other analyses.

· The GOP picked up nine seats in that election.

· If there were one thing that everyone was doing wrong, the polling firms would fix it and we would move on as before.

· One thing that has not changed in all the years I've been doing its is the warning: "Polls are not predictive; they are a snapshot of what respondents were saying on the day(s) the poll was taken."

· Nevertheless, nearly every day we are treated to a new poll showing Jeb Bush has gained or lost two percentage points to Scott Walker and/or Marco Rubio which is breathlessly reported on the cable news shows until the next day when the next poll is released.

· As we have said before and will say again: There's a reason they hold an actual election.

· On the Secret Decoder Ring page today: Links to the BBC's summary of the polls from last week, to Larry Sabato's pre-election column in 2014, and to the Wikipedia report on the results of the mid-terms.