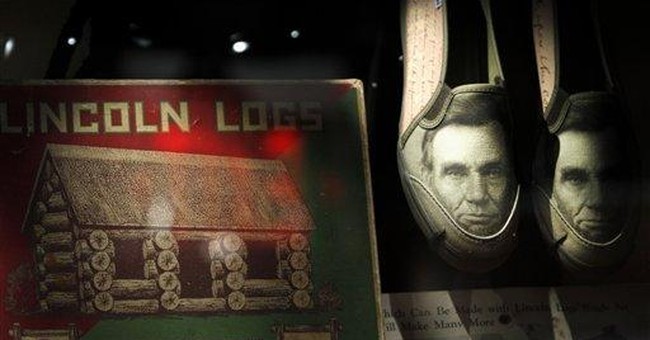 For starters, I had to spell check "potpourri." I wasn't even close on my first try. Thank you college dropout, Bill Gates.

Speaking of college dropouts, I got involved in a Tweet-fest over the weekend about Wisconsin Gov. Scott Walker's lack of a college degree. My Tweet read:

Looking for ways to knock @ScottWalker? No college degree. Wrong. Would be a problem if he'd lied about it, but he never has.

One response read: "What should we tell our children?" which caused my Sunday coffee to spurt out of my nose because that's exactly what we used to say about President Bill Clinton's misdeeds with Monica Lewinsky.

As I remember, the whole thing was mostly met with a shrug from the kids.

I don't know whether Gov. Walker has the breadth or depth to be a long-term player in the 2016 Presidential primary cycle, but I'm pretty sure that if he is not successful, leaving college in his senior year to take a job at the Red Cross will not be the reason.

My own stellar undergraduate college career at Marietta College, Marietta, Ohio 45750 lasted about seven years and ended not just with my last exam in summer school, but at NIGHT school during the summer.

I didn't actually go through graduation. A member of the administration called one day and said "You don't have to come anymore."

I was a geek before it was commonly used to describe computer nerds. I worked with (and on) everything from a Radio Shack TRS-80 to the first IBM-PCs to Palm Pilots, Blackberries and everything since. I routinely "jailbreak" my iPad, and have even loaded the advance version of Windows 10 on my backup laptop.

This past week my newest laptop, a high-end Dell (XPS-13) with touch screen and a lot of memory showed up. Within three hours I had "bricked" it. Meaning, I did something - or some combination of somethings - that rendered it a $2,000 brick.

Dell is helping me try and figure out what the hell I did and how to fix it.

Beware the Sin of Pride.

The 40th anniversary of Saturday Night Live was celebrated on Sunday night. I have long believed that no single entity more than SNL was responsible for the explosion of cocaine in the United States.

The on-the-record and off stories about cocaine use among SNL stars and staff were rife and helped develop the meme among the smart set that cocaine was totally safe and made the user so, so cool.

As an article on neurosoup.com stated:

"As recently as the late 1970s, many experts and public health officials believed that cocaine was a relatively benign substance and primarily of interest as a 'recreational' drug.

They were wrong. The U.S. Government estimated that in 2000

"Approximately 460,000 deaths were attributable to illicit drug abuse and smoking."

Although to be fair, the CDC estimates that in 2010 about 600,000 Americans died from heart disease, and that was not SNL's fault.

As a data point, the dreaded Ebola outbreak has killed about 9,000 so far, so

And, no, I have never tried cocaine. Neither have I ever skateboarded the wrong way on an Interstate Highway.

ISIS' latest atrocity involved the video-taped beheadings on a beach in Libya of 21 Coptic Christian Egyptians who had been kidnapped in December and January.

The five-minute video includes a masked English-speaking jihadi who says, "The sea you have hidden Sheikh Osama bin Laden's body in, we swear to Allah, we will mix it with your blood."

Then on cue, all the victims are pushed to the ground and beheaded.

Just as Jordan reacted to the immolation of its pilot by ISIS, the Egyptian government has reacted to the murder of its citizens. According to reports, Egypt's President Abdel Fattah al-Sisi called for an urgent meeting late Sunday of the National Defense Council after the video surfaced.

This is no time for politics. The House and Senate need to get their experts together with the people from the Pentagon and come up with an authorization to use military force, or AUMF to allow the President to take direct, deadly and decisive action against ISIS.

Just a day in the life of the Planet Earth.