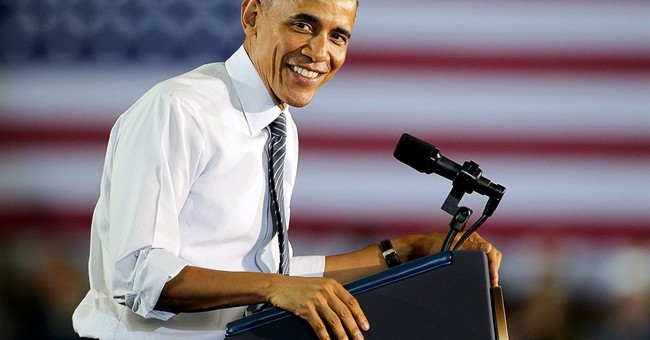 The reactions to the President's State of the Union address are in and, while you might have thought they were divided by ideology, it wasn't so cut-and-dried.

First of all, a State of the Union speech will generate the largest TV audience of the year for any President barring some extraordinary event. The Ich Bin Ein Berliner speech of John F. Kennedy would have generated maybe hundreds of millions of viewers had it been given in 2013 instead of 1963 - fifty years earlier.

Ronald Reagan's "Mr. Gorbachev, tear down this wall" from the Brandenburg gate in 1987 would have drawn similar numbers.

Two of the most quoted speeches from the House Chamber in the past 75 years were FDR's "A Date which will Live in Infamy" speech after the Japanese attack on Pearl Harbor in 1941 and George W. Bush's "We will not tire, we will not falter, and we will not fail" speech from the same place after the September 11 attacks in 2001.

As it happens, the Neilson organization might not have tracked FDR, but it did track President Obama's numbers and they weren't very good as far as SOTUs go.

Neilson reported that 31.7 million people watched some or all of the President's speech which sounds like a lot of people until you find out that it was the lowest viewership since Bill Clinton's last SOTU in 2000 - fifteen years ago.

Remember on the day after election day when he said he was speaking for the 2/3 of Americans who hadn't gone to the polls on November 4th?

Well, 10 percent of the population watched him, but 90 percent just didn't care.

I stayed with the speech the whole way, but I did Tweet about 40 minutes into the program:

"I forget. Is there a halftime or a seventh inning stretch in these things?"

In the foreign policy section of the speech, Mr. Obama did everything but land on an aircraft carrier with a "Mission Accomplished" sign behind him.

However, people whom we might have thought would have praised the President no matter what he said, were not at all impressed with the foreign policy fantasy he attempted to spin. (The following is courtesy of the Republican National Committee)

NBC's Richard Engle said that to agree the world is a safer place now than when he took office you would have to "suspend disbelief" which is what people say about going to a Broadway show.

"It seems that the rose-colored glasses through which he was viewing the foreign policy were so rose colored that I think they don't even reflect the world that we're living in.

MSNBC's Andrea Mitchell, who has serious foreign policy chops of her own, said:

"I think that on foreign policy, his projection of success against terrorism and against ISIS in particular, is not close to reality. They have not come up with a strategy,"

Even CNN's Wolf Blitzer seemed taken aback by Obama's Audacity of Grope approach to foreign affairs in the speech.

"He seemed to suggest that the U.S. is really winning on this war on terrorism. Here I think he was on more questionable ground because it looks right now that ISIS in Iraq and Syria still very powerful.

"Al Qaeda in the Arabian peninsula, in Yemen, still very powerful. And these other Al Qaeda groups whether going forward in Somalia or elsewhere in Africa, North Africa, they seem to be very formidable [and] represent not only a significant threat to people in the Middle East and North Africa, but Europe and potentially here in the United States as well."

To top all that off, House Speaker John Boehner (R-Oh) announced the morning after the speech that he had invited Israeli Prime Minister Benjamin Netanyahu to address a joint session of Congress without going through the State Department or the White House.

The Administration huffed and puffed that such an invitation "broke protocol."

Boehner made it clear that the Congress is not going to sit still for "stupid stuff."

And, a Mullfoto of the "pre-treatment" of the GW Parkway awaiting another major .25" snowfall.