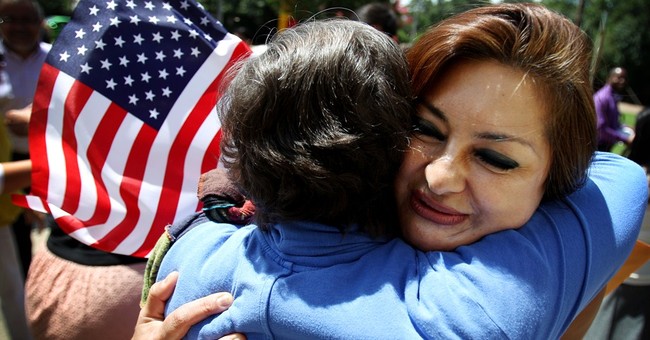 ·One of the memories people have shared about Robin Williams is his trips to visit troops in war zones. When I was young(er) I used to watch the Bob Hope specials from Korea or Vietnam or wherever.

·I would wonder why the service members in the audience would yell and scream and laugh and clap over his corny jokes.

David Letterman is in Iraq. He stopped by the Palace and did about 20 minutes with Paul the piano player and another guy whom, I was told, was a regular on the show. Letterman has a 7 month old baby. He joked that the kid's first words to him were, "Hi, Grampa." He is missing his baby's first Christmas to be with troops in Iraq.

That says a lot about Mr. Letterman.

·There was no joke too corny. No bit too hackneyed. He was there. With us. And I was in the audience. Yelling, and screaming, and laughing, and clapping.

·The other day we briefly discussed Hillary Clinton’s more-or-less blistering condemnation of President Barack Obama’s foreign policy. As you remember she said, in part:

·I didn’t take the space to explain, but the word “stuff,” in this construct, is a euphemism for … poo.

·Naturally the press corps (and people like me for whom an “Era of Good Feeling” means I have to start writing doggerel for holiday cards) jumped all over this tectonic split between the Obama and the Clinton teams.

·Just as naturally, Mrs. Clinton backed off her statements and her spokesman, Nick Merrill, as reported by Politico.com, said:

“The secretary called President Obama to make sure he knows that nothing she said was an attempt to attack him, his policies, or his leadership … She continues to share his deep commitment to a smart and principled foreign policy that uses all the tools at our disposal to achieve our goals.”

·Apparently that commitment to a “smart and principled foreign policy” that she shares now includes “Don’t do stupid [stuff].”

·All that was standard walk-back-the-cat spin that every communications person in Washington has had to do at some time or another.

·The part that made me uncomfortable was when Merrill went on to say that Obama and Clinton would be “hugging it out” at a party they were to have attended on Martha’s Vineyard last night.

·“Hugging it out” is Kum-By-Ah on steroids.

·We are quickly building up forces – air and land forces – to return to Iraq. We don’t want or need hugs. A Hug-a-thon. A Hug-nado. A Hug-apolypse.

·We don’t need a campfire. We need cannon fire.

·The Russians are moving on Ukraine. More than 150,000 people have died in Syria. The Israelis are under attack from rockets out of Gaza and from anti-Semitism out of Europe. Tactical air attacks against ISIS are slowing, but not stopping its advance against the Kurds. And the Libyan parliament has thrown in the towel and is asking for the UN to come in and help stop a growing civil war there.

·And, if it does, ISIS won’t be looking for hugs.

·I do not begrudge the Obamas taking a vacation. I didn’t begrudge Clinton, nor either Bush 41 or 43, nor Reagan. As a reporter said to me the other day, “Having the President sit on the beach and think about things for an hour or so a day is probably a good thing.”

·But, the most dangerous political situation on the planet Earth is a supposition that the United States is weakened, distracted and/or disinterested.

·If the Obama team thinks they need a public display of affection between the President and the former Secretary, have at it.

·But, Hillary Clinton is no longer Secretary of State and she is just shy of 2½ years (if ever) from being sworn in as President.

·We already have a President. We need him to act like it.

On the Secret Decoder Ring page today: Links to that Christmas 2003 column from Iraq and to the Politico.com piece about Hillary walking back her criticism.

Also a Mullfoto of a mixed message on the back of a BMW earlier this week.