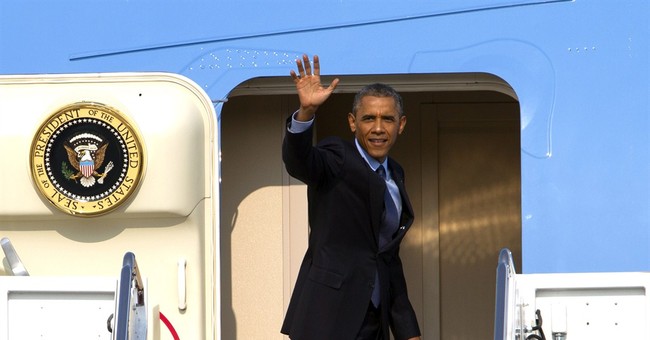 I know most of you are not terribly interested in foreign affairs. In fact, my experience has been that when I write a column based on something going on somewhere outside the borders of the U.S. of A. my normally quick-to-hit-the-SEND-key readership is just about silent.

Crickets.
Nevertheless … President Barack Obama was elected largely based upon his opposition to the Iraq war. He was against it before he was against it.
His two principal primary opponents in 2008, Hillary Clinton and John Edwards, both supported the original authorization for the war in Iraq.
In a "Nation" article published in February, 2008 - just as the Presidential primary season was gathering steam, anti-Vietnam activist Tom Hayden wrote a piece saying:
"While Republicans generally are determined to achieve military victory in Iraq and long-term 'overwatch' no matter the cost, the Democrats all promise to "bring the troops home." But Democrats disagree over timetables for withdrawal."
Of the two remaining 2008 contestants (John Edwards is no longer a viable political force) Sen. Clinton said she would, according to the article:
"retain combat troops and a residual US force to 'fight terrorists, protect the Kurds, deter Iranian aggression, and possibly support the Iraqi military' (NYT, 1/20/08)."
CARTOONS | AF Branco
View Cartoon
Senator Obama's position was:
"A US residual force would remain for counter-terrorism operations and training of Iraqis. The training commitment would depend on Iraqi political reconciliation. American troops should be ready to return in case of 'genocidal' attacks (NYT, 11/1/08, 1/20/08)."
This is important because according to CBS News there were only 100 troops on the ground prior to the "ongoing crisis" with ISIL; a number that, as of July 1, 2014, had grown to about 750.

Hillary Clinton, perhaps still chafing over Sen. Obama's lack of international experience in 2008, said, as reported by the Christian Science Monitor:
"One of the reasons why I worry about what's happening in the Middle East right now is because … Jihadist groups are governing territory. They will never stay there, though. They are driven to expand."
"How do we try to contain that? I'm thinking a lot about containment, deterrence, and defeat."
Earlier this summer, President Obama said that a first principle of his foreign policy is "Don't do stupid stuff."
Secretary Clinton threw a slushball at the President by saying: "Great nations need organizing principles, and 'Don't do stupid stuff' is not an organizing principle."
The situation in Iraq deteriorated so quickly, that even the Peace President had to begin air strikes against ISIL forces to stop their advance against Kurdish areas, specifically Erbil, the capital of the Kurdish region of Iraq.
According to the New York Times, those strikes are:
"beginning to show clear effects on the battlefield, Kurdish forces counterattacked Sunni militants in northern Iraq on Sunday, regaining control of two strategic towns with aid from the air."
The legal justification for the President Obama's ordering air strikes against ISIL (let's take the President's ISIL - Islamic State of Iraq and the Levant - construct) according to a blog on the Washington Post website last week by Ilya Somin is, at best, thin.
In his remarks on the White House lawn over the weekend, the President kept brining up the Embassy in Baghdad and the Consulate in Erbil and the U.S. citizens that are working at both.
"Perhaps the president would not need congressional authorization," Somin wrote last week, "if all he seeks to do is protect U.S. personnel already in Iraq from attack."
But, as Prof. Somin wrote in a later post if, as the President said, this is going to be a "long-term project," then "The longer the air strikes continue, the more likely the campaign is to rise to the level of a war that requires congressional backing."
That will put President Barak Obama in the peculiar position of having to go to Congress to request authorization to continue airstrikes and/or expand ground operations - if only to protect U.S. citizens - in Iraq.
I know many of you are not terribly interested in foreign affairs, but Iraq - of all places - may well become THE issue of the mid-term elections.