Representative Thelma Drake was re-elected to her second term on November 7, 2006 to represent Virginia's Second Congressional District in the U.S. House of Representatives. The Second District includes all of the City of Virginia Beach, parts of the cities of Norfolk and Hampton, and Virginia's Eastern Shore.

In the 110th Congress, Thelma Drake has been appointed to serve on the House Armed Services Committee and House Transportation & Infrastructure Committee. In addition to her seats on these key committees, Representative Drake will be a member of the House Republican Policy Committee, which plays an integral role in shaping the House Republican position on major policy initiatives. 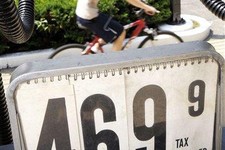