Renee Ellmers was born in Ironwood in Michigan’s Upper Peninsula. When she was a child her family moved to Madison Heights, near Detroit, where her father took a job in the auto industry. He worked with General Motors until he retired.

After graduating from Madison High School, needing to work her way through college, Renee trained as a Medical Assistant. For the next eight years, working full and part-time jobs, she attended Oakland University, graduating with a Bachelor of Science degree in Nursing.

A year later, working as a Surgical Intensive Care Nurse at Beaumont Hospital she met her husband, Brent, a graduate of the University Of Indiana School Of Medicine.

After their son was born, while visiting family in Cary, Renee and her husband decided to move to North Carolina. She worked with her husband as Clinical Director of the Trinity Wound Care Center in Dunn.

Renee has been active in community affairs, having served as Vice President of Community Development for the Chamber of Commerce and as President Elect of the Chamber for the coming year. She has also served on the Dunn Planning Board, the board of the Betsy Johnson Hospital Foundation and the Harnett County Nursing Home Committee.

She volunteers at Cape Fear Christian Academy where her son, Ben, is a student, and teaches Sunday school at Sacred Heart Catholic Church.

In 2009, she and her husband attended a Town Hall meeting to hear her congressman speak on behalf of President Obama’s health care plan. Later, as a volunteer, she became an outspoken critic of government-run health care. Her involvement in the debate over health care led her to run for a seat in the United States Congress in 2010.

Congresswoman Ellmers proudly serves the Second District on the House Committees on Agriculture, Foreign Affairs and Small Business, where she Chairs the Subcommittee on Health Care and Technology. 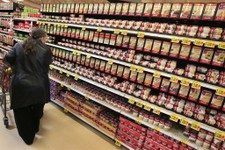