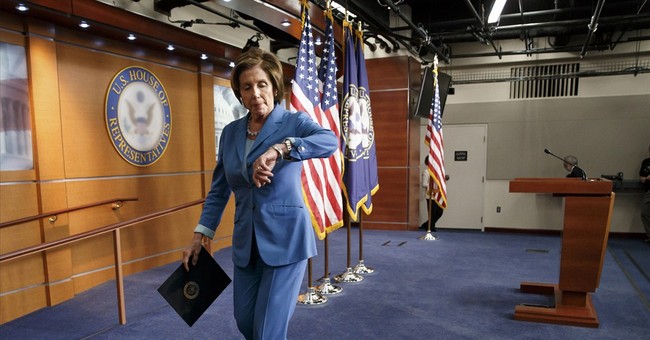 If you’ve followed the news in the last few days, you’ve likely heard of Jonathan Gruber. If you haven’t, you should. He “helped write” ObamaCare and was paid handsomely for it--$400,000 to be “a paid consultant to the Obama administration to help develop the technical details as well.” That’s according to Gruber himself.

So why is he in the news? Because he’s been caught on tape multiple times calling Americans “stupid” and saying that taking advantage of voters’ “stupidity” was key to getting ObamaCare passed.

Here’s what he said in November 2013: “Lack of transparency is a huge political advantage. And basically, call it the stupidity of the American voter or whatever, but basically that was really, really critical to get anything to pass.”

During an event the month before, he was discussing taxes on insurance companies and subsidies when he declared that “the American people are too stupid to understand the difference.”

In 2012, while speaking at the University of Rhode Island on the “Cadillac plan tax” in ObamaCare, he said, “It’s a very clever, you know, basic exploitation of the lack of economic understanding of the American voter.”

By now, of course, most Americans recognize that ObamaCare was sold on a lie. Plans have been cancelled. Doctors have been cut from networks. Prices have gone up. But never before had we seen an architect of ObamaCare ridiculing the American people and bragging that Democrats forced this legislation on the country by exploiting our “stupidity.”

Some in the liberal media are trying to cover for the administration by saying that it’s only conservatives who are upset about this. All Americans should be incensed. President Obama, the Democrats, the White House—they all deliberately lied to the “stupid” American people, and as Jonathan Gruber has made clear, they are quite proud of it. This is far worse than Nancy Pelosi’s infamous comment that we had to “pass the bill so that you can find out what’s in it.”

Speaking of Nancy Pelosi, she was asked this week about Gruber’s comments. “I don't know who he is. He didn’t help write our bill,” she insisted.

That’s a lie. First, in 2009, she was encouraging people to read Jonathan Gruber’s analysis of ObamaCare. There’s video. Second, Gruber himself said he “helped write the federal bill.” Yes, there’s video of that too.