Rebecca Hagelin
|
Posted: Mar 13, 2020 12:01 AM
Share   Tweet
The opinions expressed by columnists are their own and do not necessarily represent the views of Townhall.com. 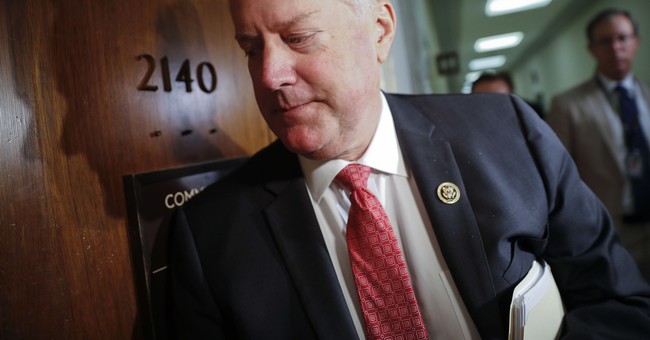 America, the best truly is yet to come.

President Trump’s brilliant move to secure Mark Meadows as his new chief of staff ensures the continued success of an already amazing presidency and, thus, the nation.

Our president is an all-star champion for hard-working, freedom-loving Americans across the land. As he continues to secure victories for economic freedom, religious freedom, rebuilding our military, protecting the sanctity of human life, school choice, free speech and the creation of “jobs, jobs, jobs,” even Americans who don’t support the president are winning and benefitting on every level.

President Trump continues to unleash the entrepreneur from draconian government regulations that stifle creativity and innovation. He has renewed a sense of patriotism and pride in the American values of freedom and opportunity for all. He’s been a voice for the voiceless, and a warrior for the forgotten men and women who have long labored in factories and coal mines as they helplessly watched Democrats send their jobs, wages and pride overseas.

Now, with Mark Meadows by his side, there is nothing that this president and his team can’t accomplish in their quest to restore the dignity of the individual as established in our Constitution.

Congressman Meadows has been more than an effective advocate for “life, liberty and the pursuit of happiness” - he’s been the leading victor in securing these bedrock principles in the quagmire that is Congress. As a co-founder and former chairman of the House Freedom Caucus, Mr. Meadows has been a cheerful and skillful warrior for all that is good and right. From leading the fight to reduce taxes, government waste, fraud and abuse; to using his 30 years of experience in the private business sector to help create policies addressing the needs of small business owners, Mr. Meadows has not only served the people of his district well, he’s served all Americans well. He is a bold and effective champion of life and a staunch supporter of the ability of citizens to protect their own lives through Second Amendment rights. His expertise in foreign affairs, especially of the Middle East, China and Northern Africa and his deep understanding of the importance of a strong US/Israeli alliance make him a perfect advisor to the president in these turbulent times.

In accepting the powerful position, Mr. Meadows said, “This President and his administration have a long list of incredible victories they've delivered to the country during this first term, with the best yet to come and I look forward to helping build on that success and staying in the fight for the forgotten men and women of America.”

America has a responsibility to boldly model what it looks like to protect innocent human life, unleash the worker to fulfill his or her God-given potential, allow all children access to excellent educational opportunities, and defend personal freedom. With Vice President Pence and Mark Meadows at his side, President Trump has the best allies possible in his quest to restore and keep America as the “land of the free and the home of the brave.”

Mr. Meadows is a man of deep personal faith in God, the highest integrity, genuine warmth, and incredible wisdom. He has the experience and ability to lead the president’s team to help President Trump continue to deliver on his promises.

As the election draws ever closer, President Trump’s victory is all but certain with freedom’s dream team at the helm.