Cruz Surges in Florida While Rubio Loses His Way

Rebecca Hagelin
|
Posted: Mar 14, 2016 12:01 AM
Share   Tweet
The opinions expressed by columnists are their own and do not necessarily represent the views of Townhall.com. 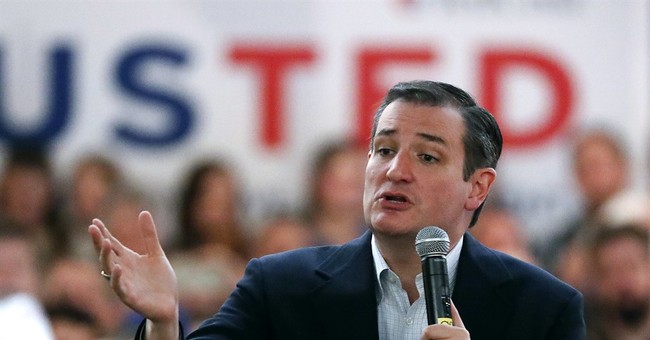 The new three point lead of Cruz over Rubio reveals what Florida conservatives are beginning to realize; what former Marco Rubio supporters like me have to face: Senator Rubio is like the high school jock who became so obsessed with looking good on the field that he forgot that the real goal was for the team to bring home a victory.  He is akin to the star football player who abruptly goes out for track and field, failing to realize that he actually needs to prove himself in practice before he can win the javelin throw.

In Marco's case, he so desperately wants to prove to himself that he is still the darling of Florida conservatives that he is willing to deny the GOP the national championship.  And he does not yet seem to realize that his failure to practice conservative principles as a United States Senator means conservatives now know that he is incapable of throwing our spear in victory.

Like champion shooters and archers who understand which targets to aim for and which ones to avoid, principled political leaders that are "in it" to win for the country know how to set and measure their mark.

In Florida's race for the White House, Marco totally misses the mark. In fact, he set his sights on the wrong target altogether. Marco Rubio's refusal to recognize that the Florida GOP Presidential Primary is a race he should have withdrawn from will surely be his personal undoing, and it may seriously end up handicapping the effort to reclaim the GOP from a charlatan named Donald Trump. Make no mistake: Even if Marco were to win Florida (which is not possible), his dismal performance in primaries and caucuses around the country to date means he can not win enough delegates to clinch the GOP nomination. Period. There is only one candidate who can beat Donald Trump on the national stage: That person is Ted Cruz. And in the majority of national polls, Ted Cruz is the only GOP candidate who soundly beats Hillary Clinton.

Even while the former Florida champion enjoys the home team advantage, the proven senator from Texas has moved into the lead. You can hear the voices of conservatives across the country cheering Cruz on in state-after-state as he continuously conquers the reality show entertainer that would be president.  Florida is the latest race where conservative voters are working hard to replace the front-running Democrat Donald (who is only dressed in Reagan clothing) with the real Reaganesque conservative, Ted Cruz.

The question for Florida Republicans is: will you be part of that victory?

Spence Rogers, Florida State Director for Ted Cruz puts it this way on Sunday, "We are seeing major momentum on the ground here in Florida before March 15.  I think the Miami debate made it very clear that there are only two candidates who can amass enough delegates to win the nomination, and Ted Cruz is one of them. Floridians are starting to see that and are coming our way in big numbers, enough to move us to number 2 in a CBS poll that came out today."

America is at a crossroad; Florida is at a crossroad. Our choice is to choose the path of victory for America, or to shuffle down the road that leads to defeat. Ted Cruz has proven over and over again that he is willing to battle the establishment in order to save our country. I pray that Floridians will decide to join him in that singular effort.There is still time for us to take our party back; to take America back.

A a former supporter of Marco Rubio, I appeal to my fellow Floridans: It's time to join arms with Ted Cruz. We must take decisive action so that the GOP can regain its footing and win. When Republicans step inside the voting booth on Tuesday, the one way to shut down Trump for good is to vote for Ted Cruz. A strong finish in the Sunshine State increases the speed at which Cruz will to overtake Trump nationally, and thus secure the gold medal for conservative principles and for a better America.