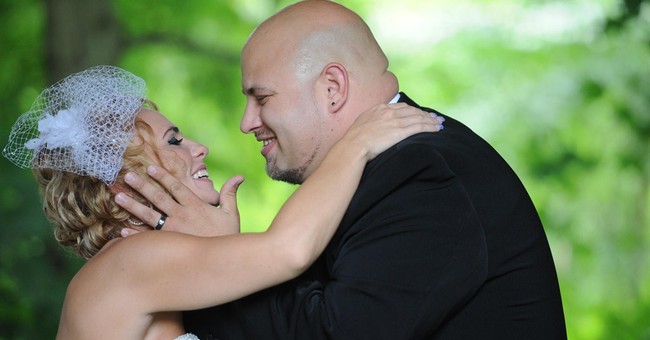 Culture Challenge of the Week: Why Marriage?

My daughter Kristin and I are laughing, crying, and reminiscing our way through the practical preparations for her upcoming wedding. She’s marrying a wonderful young man, and my husband and I feel confident that these two young adults will create a strong family together; rich in faith, love, and commitment.

So it was particularly sad for me to read a recent Slate article on Dutch women, who scorn marriage as a relic of times gone by. The article’s author, NYU professor Katie Roiphe, wrote that she realized during a recent visit to Amsterdam that “having children and not being married was not a big deal…The Dutch attitude…is that marriage is not for everyone; it is a personal choice, an option, a pleasant possibility.”

Roiphe goes on to urge Americans to stop “being in thrall to the rigid, old-fashioned ideal of marriage.” She predicts that if we move past rigid marriage ideals, we will leave behind our cultural fretting over low-marriage rates, high divorce rates, and growing numbers of single mothers. We could focus instead on what matters, on “actual relationships, on intimacies, on substance over form.”

Roiphe misses the point. Marriage is not some arbitrary box—form over substance—that generates statistical concerns over things that don’t matter. Marriage matters because it creates a stable environment built on lasting commitment; it allows couples to flourish and grow and creates the ideal environment for raising children.

Marriage makes things better for children. Children raised by their mom and dad within marriage do better on nearly every indicator of well-being.

Homosexual activists like to argue, based on small studies of self-selected homosexuals, that as long as a child has two loving parents, it makes no difference if parents are same-sex or a mom and dad. It’s not true. Most recently, a large, long-term Canadian study (2013) shows that “children of gay and lesbian couples are only about 65 percent as likely to have graduated from high school as the children of married, opposite-sex couples,” despite the fact that ‘same-sex marriage’ and government benefits have been available to homosexual couples for years. Certainly individual children raised in less-than-ideal circumstances can—and do—overcome the odds. But it’s a much tougher road.

Marriage makes things better for the couple too. The authoritative work, The Case for Marriage, parsed the research and found that married couples tends to be healthier, happier, and wealthier than their divorced or single counterparts.

Cohabitation, in contrast, is unstable and uncommitted by design. A recent Huffington Post article highlights research showing that “over 50 percent of couples who cohabitate before marriage are broken up within five years,” and “over 75 percent of children born to couples who are not married no longer live with both parents by the age of fifteen.” Married couples are not only more likely to do well financially, physically, and emotionally, but also in the work place. “Of the twenty-eight women who have served as CEOs of Fortune 500 companies, twenty-six were married, one was divorced, and one had never married.” claims Facebook COO, Sheryl Sandburg.

How to save your family: Embrace true love and commitment.

Roiphe protests against marriage as the “American normal,” favoring instead the Dutch “laissez faire approach” which “accommodates the vicissitudes of the heart, the changing nature of love, the great variety of forms attachments take in real life.” What Roiphe doesn’t understand is that love ceases to be love once it embraces a “no strings attached” mentality. Real love seeks to tie the knot, to commit, to create, and to consider others outside itself.

Perhaps the saddest part of Roiphe’s narrative is her description of Dutch single moms with “rich romantic histories” and children without fathers. These women pursued “love” as a personal experience, in all its “myriad, unpredictable varieties.” But they found themselves ultimately alone without a clue of what love really means.

Make sure you take the time to discuss all the benefits of marriage with your children. If you have a broken home, be honest about what everyone is missing - your children already know it, but your being honest with them let's them know that there really is something better. Give them hope that one day that really can have a happy, intact marriage of their own.

If you are happily married, take the time to discuss what makes a good marriage work. And make sure you and your spouse work on your marriage when you hit rough spots.

For great resources on how to improve your own marriage and discuss the subject with your children, check out the website of the nation's leading expert on marriage and family, Dr. James Dobson at www.MyFamilyTalk.com.