Why Saul Alinsky Would Deplore Amnesty By "Executive Action" 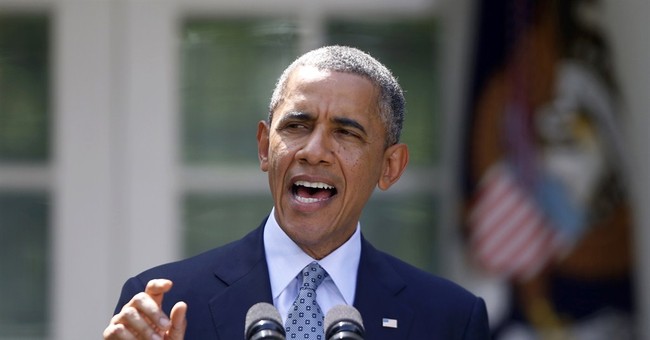 President Obama is undertaking an “Executive Action” dramatically reducing deportations. The phrase, and concept of, Executive Action has a very creepy connotation. It implies extralegal action. It was used by the CIA as a euphemism for assassination.

The current Executive Action is called by its adversaries “amnesty.” In fact, it represents a temporary reprieve rather than a pardon, more likely to confound rather than promote a humane resolution. It is highly likely to cause a backlash against durable immigration reform.

And it is likely to trigger a lingering backlash against the Democratic Party. Barack Obama would do well to reflect upon and heed a social philosopher whose wisdom he spurns: Saul Alinsky.

President Obama often falsely is linked with Alinsky. They never met. Alinsky died in 1972, when Obama was around 10 years old, having spent his early life mostly shuttling between Hawaii and Indonesia. One of Alinsky’s direct successors, Arnie Graf, did indeed very briefly mentor a twenty-something Barack Obama. Obama explicitly turned away from the Alinsky way of community organizing. “Obama let Graf know that he was not interested in being an organizer. He hoped to become a great civil rights lawyer or a judge.”

In Alinsky’s magnum opus, Rules for Radicals, Alinsky — a provocateur and agitator, a man of great integrity and also of great practicality — presents a message that President Obama would do well to heed:

Life seems to lack rhyme or reason or even a shadow of order unless we approach it with the key of converses. Seeing everything in its duality, we begin to get some dim clues to direction and what it’s all about. It is in these contradictions and their incessant interacting tensions that creativity begins. As we begin to accept the concept of contradictions we see every problem or issue in its whole, interrelated sense. We then recognize that for every positive there is a negative,” and that there is nothing positive without its concomitant negative, nor any political paradise without its negative side.

Niels Bohr pointed out that the appearance of contradictions was a signal that the experiment was on the right track: “There is not much hope if we have only one difficulty, but when we have two, we can match them off against each other.” Bohr called this “complementarity,” meaning that the interplay of seemingly conflicting forces or opposites is the actual harmony of nature. Whitehead similarly observed, “In formal logic, a contradiction is the signal of a defeat; but in the evolution of real knowledge it marks the first step in progress towards a victory.”

Executive Action lacks the dynamic of complementarity. Executive Action is synthetic, rather than organic. It is fragile, rather than resilient. It is the ultimate in trickle down policy. It contains within itself, as Marx once proclaimed of capitalism, the seeds of its own destruction.

President Obama, then a teenager, may have missed it when the term, Executive Action, surfaced in the Church Committee’s Interim Report on a rogue CIA project using the term as a euphemism for assassination.

In addition to investigating actual assassination plots, the Committee has examined a project known as Executive Action which included, as one element, the development of a general, standby assassination capability.

Sometime in early 1961, Bissell instructed Harvey, who was then Chief of a CIA Foreign Intelligence staff, to establish an “executive action capability,” which would include research into a capability to assassinate foreign leaders.

"Executive Action" was a bad thing. It is still a bad thing. President Obama’s use of Executive Action is not confined to suspension of deportations. It extends to regulatory actions such as the treatment of carbon dioxide by the EPA as a pollutant, pressure on the FCC to impose what could well portend a regulatory “Tragedy of the Commons” on the Internet, the Labor Department’s imposition of higher-than-market-determined wages on federal contractors and subcontractors, among other policy initiatives. Executive Action will end, as it did for the CIA, in tears.

President Obama seems sincere in his commitment to improve the life of regular people. He has a blind spot, though: an obsessive belief that he knows best: better than an opposition he appears to consider cynical, corrupt, or stupid. Better than the people (recently categorized as stupid by a chief architect of Obamacare) themselves.

Actually we the people are a lot smarter than you might think, Mr. President. If your policies were good, really, we’d be rallying around you — and re-electing, rather than de-electing, your political allies. It isn’t, as you say, that your administration has done a poor sales job. It’s a mixture of your promoting a product that the majority of us do not want, or a poor quality version of a product (like universal health care) that we do.

And this bespeaks more than a utilitarian deficiency. It betrays a philosophical, even a spiritual, deficiency. Alinsky:

One hundred and thirty-five years ago Tocqueville gravely warned that unless individual citizens were regularly involved in the action of governing themselves, self-government would pass from the scene. Citizen participation is the animating spirit and force in a society predicated on voluntarism.

There can be no darker or more devastating tragedy than the death of man’s faith in himself and in his power to direct his future.

Executive Action — whether then by the CIA or now by ICE – means recourse to an extralegal, if not quite illegal, means. Going extralegal is toxic to the civic spirit, Mr. President. Pay attention to Speaker Boehner –a real statesman who has expressed forward-leaning sentiments toward comprehensive immigration reform. Do not to “poison the well.”