What Democracies Can Learn From Russia's Cadet Program

Rachel Marsden
|
Posted: Jun 01, 2016 12:01 AM
Share   Tweet
The opinions expressed by columnists are their own and do not necessarily represent the views of Townhall.com. 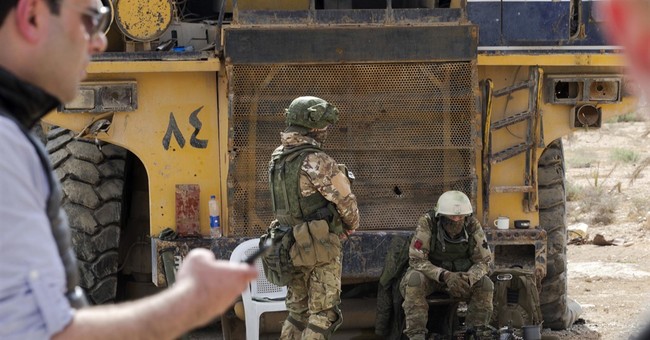 PARIS -- Russia is reviving its military cadet program, Yunarmiya, which will be relaunched across the country later this year. The program's goal is the "growing of a generation of citizens who treat the history with care, who are kind and responsive, ready to build a bright future for themselves and for their country," according to General-colonel Alexander Kolmakov of the Russian Army.

Critics promptly slammed the initiative as proof of Russian militarization. They're missing the point.

Why is anything that smacks of discipline and structure viewed negatively? Why do some people believe that unless kids are frittering away their time in an unstructured manner, they're not properly living their childhood? Kids who grow up without structure end up woefully unprepared for adulthood. Characteristics such as discipline, independence and self-motivation aren't simply bestowed upon people when they reach a certain age. They're learned just like math or history.

But how are kids supposed to acquire these skills nowadays? In constant competition with distractions ranging from video games to reality television to social media, schoolteachers are already challenged to drill the basics into students' heads during limited classroom time, and extracurricular activities are increasingly falling victim to budget cuts. Knowledge alone is fine, but a lot of book-smart people fail to reach their full potential because they haven't learned how to apply themselves.

That's where the Russian youth initiative comes in. Tied to Russia's defense department, Yunarmiya teaches kids skills such as rifle-handling. Naturally, paranoid Russophobes are having hair-trigger visions of a Soviet-style youth army marching in unison.

The Soviet Union may have been Marxist, but these days Russia is leading the fight against cultural Marxism -- the Western brand of Marxism that has sabotaged our culture and social fabric with an excessive focus on political correctness and multiculturalism. The primary symptom of this societal malady is a lack of discipline, structure and standards.

It's fine, for example, to welcome new citizens into a country. But instead of insisting they adopt our values and culture, we have increasingly insisted on adopting the values and cultures of the societies that these newcomers are fleeing. By accommodating every whim, we're diluting what we stand for. By standing for everything, we therefore stand for nothing.

There is a pervasive notion in Western democracies that values and principles are for fascists who hate freedom. If you live in a so-called free country, you've probably been trained to keep your mouth shut when you see some kind of extreme social or cultural weirdness. In America, some people have found a champion in presumptive Republican presidential nominee and 2,000-pound anti-political correctness gorilla Donald Trump, who won't hesitate to blurt out unvarnished truth and smash taboos in the process.

I visited Moscow recently, and it reminded me of my Canadian hometown (Coquitlam, British Columbia) in the 1980s: pleasant, polite, quiet, respectful. Such places are, sadly, becoming increasingly rare. I now live in Paris, considered one of the most libertine cities in the world. It's a place where personal, sexual, cultural and social morals are all over the map, if they even exist. Ironically, about the only thing that's banned outright -- and strictly enforced -- is any criticism of non-French cultural practices. Speak out, and you're apt to end up in criminal court for hate speech.

Shared values are the white blood cells of a democracy. Without shared values, cell division spirals out of control and societal cancers metastasize. We're seeing it now with special-interest groups staging violent protests in France.

What if young people in democratic nations stood shoulder to shoulder with their fellow citizens as cadets, learning respect for their country along with the principles and standards necessary for success in life? "But those kids would be brainwashed by government," some would say. Whatever. It beats having them being brainwashed by leftists or jihadists.

Objections to the rekindled Russian youth program are silly. If anything, such programs should be mandatory -- everywhere.