New Leak Reveals the Fun and Follies of the NSA

Rachel Marsden
|
Posted: May 18, 2016 12:01 AM
Share   Tweet
The opinions expressed by columnists are their own and do not necessarily represent the views of Townhall.com. 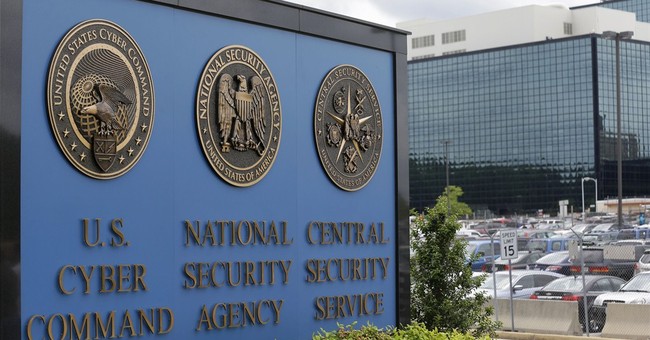 Former National Security Agency contractor, Central Intelligence Agency employee and hide-and-seek champion Edward Snowden has been holed up in Russia for nearly three years, engaged in perhaps the longest-ever game of show-and-tell. Meanwhile, The Intercept -- an online publication that has served as a clearinghouse for data Snowden pilfered from the NSA -- has just dropped another stash of once highly classified material onto the Internet. This time, the leak consists of content from an internal NSA newsletter, SID Today. ("SID" is the abbreviation for "Signals Intelligence Directorate.") What can we learn from these newly released documents?

Apparently, NSA culture is very James Bond meets "The Office." One is left with the impression that the agency is trying to do work of critical importance to national security, but that it's also doing a lot of goofing around, er, "team-building."

A newsletter entry from 2003 goes to the trouble of noting that a Canadian "beaver tail" enjoyed by citizens of the capital city of Ottawa is "indeed a pastry." A previous entry had noted that "Ottawans enjoy gnawing on beaver tails." Someone felt this required clarification. I'm of Canadian origin, yet I don't think information about the country's dessert preferences needs to be classified.

The documents carry a notation indicating that they are shared amongst the Five Eyes intelligence network, which also includes English-language allies Canada, Australia, New Zealand and the United Kingdom. In other words, the NSA is basically that guy who thinks he's hilarious and blows up your inbox by cc'ing you on lame jokes all day long.

There were also briefing notes from a June 2003 talk given to the NSA by Brigadier General Richard P. Zahner about his reflections on Operation Iraqi Freedom nearly three months after its onset. At that point, Iraq was squarely in the victory column.

"Zahner noted the military complexity of the embedded members of the [Iraq] Republican Guard," according to the newsletter, "but claimed that due to the combination of efforts from the U.S., the U.K. and Australia, the obstacle was overcome."

Whoops. It looks like they left behind a few sharp Lego pieces on the Persian rug. The Islamic State terrorists who have swept through Iraq and Syria are commanded by former leaders of that same Republican Guard. Upon realizing this, did anyone at the NSA provide analytic intelligence suggesting that training potential future terrorists might be a bad idea?

In another newsletter entry from 2003, an analyst from the Gordon Regional Security Operations Center explained how he intercepted a Qeshm Air flight from Iran to Syria suspected of carrying weapons for Hezbollah:

"We had to cover all possible frequencies, routes and [signals intelligence] tipping and reporting procedures for the flight, as well as coordinate with the [unit responsible for Syrian signals intelligence] within GRSOC, as they would cover the plane once it entered Syrian air space."

"Since U.S. military commanders and administration officials were never quite sure how Iran, the third member of the 'Axis of Evil,' would react to the U.S. Global War on Terrorism, it was my responsibility to make sure any anticipated or actual reaction to U.S. forces was reported as quickly and accurately as possible."

Today, Iran has become a trading partner of the West, with American defense contractors such as General Electric and Boeing looking to do business there, and Europe's Airbus conglomerate now finalizing a $27 billion deal to sell Iran 118 commercial airplanes. Did any of the NSA's signals intelligence people see that coming? This guy sure didn't.

The NSA did, however, see what was going on in advance of the United Nations vote to authorize the use of force in Iraq in 2003. According to SID Today, British Ambassador Jeremy Greenstock "said that [signals intelligence] insights into the nuances of internal divisions among the five permanent members of the U.N. Security Council (the "P5") were highly useful, enabling him to decide what line to take."

Greenstock's U.S. counterpart, former Ambassador John Negroponte, had but one complaint about NSA intelligence: "There's just so much good stuff to read and so little time to do it!" It's a shame the ambassador had to bother with all the meetings and talks with people he already knew everything about, thanks to the NSA.

The SID Today newsletter has so much fun stuff about 5K runs, seminars and April Fools' jokes, it really takes the edge off some of the critical intelligence. One barely even notices the huge analytic misses on Iraq and Iran that resulted from the failure to properly identify, assess and prioritize the gems within a mountain of information.