The Timing Is Right For a Populist Surge 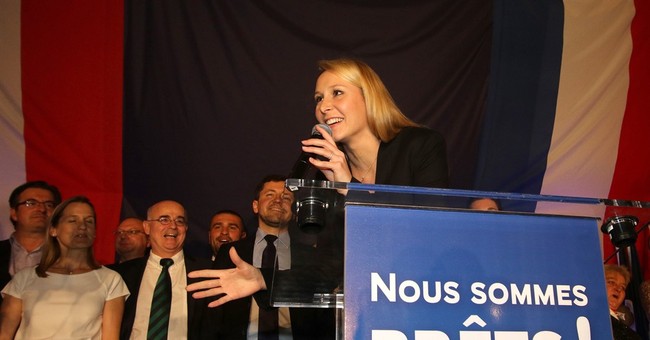 PARIS -- Candidates in the U.S. presidential race would be wise to pay attention to what's happening in France.

Over the weekend, France's so-called "far-right" National Front won 27.7 percent of the national vote in the first of two regional election rounds. Anyone looking at this result through a strictly ideological lens risks oversimplifying it. An iceberg doesn't just appear overnight. When it finally breaks through the water's surface, it's only after a long period of ignored growth.

More than anything, the surge reflects the public's increasing hunger for three things: lucidity vis-Ã -vis the country's problems, authenticity of expression, and integrity in following up words with action. Sadly, these qualities are elusive for most politicians.

This hunger among the electorate isn't limited to France -- it's global. Republican presidential candidate Donald Trump, for example, is popular in the U.S. for exactly the same reasons.

Anyone who thinks that the National Front's increased popularity is some kind of Reaganesque godsend and representative of the French embracing a new philosophy is kidding themselves. By no means does the National Front advocate a free market or limited government. But then, neither does any other party in France. Limited government is a fairy tale in a country with more than 36,000 communes (municipalities), all with elected representatives sucking the taxpayer dry. The French understand this.

People are tired of having to be careful about how they express their visceral reactions to terrorism and crime, particularly in qualifying the perpetrators. Apparently, some people are thinking to themselves, "I'm going to vote for the person who says the things I can't say without being marginalized." If enough people feel that way and vote accordingly, the marginalized become the mainstream. That's what's starting to happen.

The National Front has never been reluctant to point a finger at those responsible for societal disruptions. In France, where the law stipulates that all citizens are to be considered equal regardless of origin or even allegiance, this is considered a big no-no -- one that could lead to criminal sanctions.

The National Front's leader, Marine Le Pen, was recently dragged into criminal court for public comments objecting to Muslim prayer in the streets. It has taken several domestic terrorist attacks by Islamic extremists -- culminating in the Paris attacks on November 13 that left 130 people dead and hundreds more injured -- for the French government to finally shut down mosques that have been identified as extremist breeding grounds. Le Pen's words now look prescient in retrospect.

An increasing number of French citizens want simple solutions to the most serious and visible problems. Diplomatic rhetoric and the muddled policies that tend to accompany equivocal speech have exacerbated matters. Why, for instance, should motivated Islamic State devotees hang around the Middle East waiting for a bomb to land on them, given that Europe has, until recently, treated its borders like the entrance to a candy store? Le Pen has long cautioned that France and other European nations risked disaster by not securing their borders.

Is terrorism the worst problem facing France? No, but that's not the point. People want a leader who has demonstrated the ability to clearly recognize the problem in front of them.

On the economic front, Le Pen says the government has been complicit in the defection of French companies to nations where they can more easily turn a profit without the burden of a union-made fiscal straitjacket. At the root of the problem is the longstanding complicity between the old boys in power and the union leaders. The National Front has frequently butted heads with unions and their opaque financing practices while still defending the right of workers to earn a fair wage.

Voters in France are increasingly leaning toward those who have been denied the opportunity to lead because their sharp tongues and uncompromising positions aren't seen as politically proper. No matter how cutting their words, their popularity has continued to rise. There's a sense that they deserve a chance to turn things around -- especially since things can't get much worse.