Terrorism has a Way of Spotlighting the Real Enemy 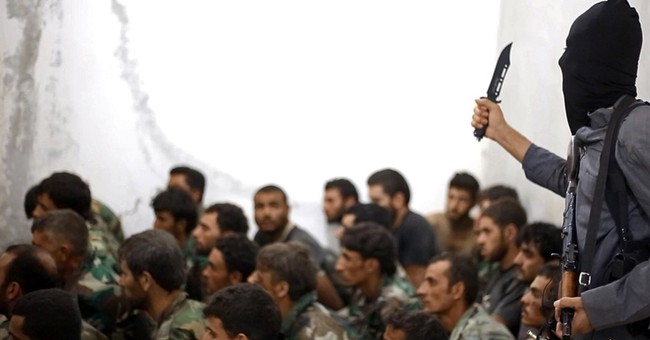 The U.S. State Department has issued a blunt worldwide travel alert for Americans. Nothing cuts through murky rhetorical waters and diplomatic platitudes like a terrorist's bomb. Suddenly, reasonable people are faced with a stark choice between keeping safe and taking the sort of laissez-faire approach to security that the Paris attackers were able to exploit.

It should come as no surprise that in the wake of terrorist massacres, blunt speakers with a clear, simple vision of how to make a dent in the problem gain in popularity. Since the Paris attacks earlier this month, far-right French National Front leader Marine Le Pen and Republican presidential front-runner Donald Trump have seen their vision translate into polling victories in their respective nations.

Le Pen faces a criminal court judgment next month on charges of inciting racial hatred for comparing Muslim prayer in the streets of France to the Nazi occupation -- even though the prosecutor in the case has said Le Pen should be acquitted. Trump remains insistent on deporting undocumented migrants and building a wall to keep them out.

Russia, long regarded as a close-minded nation, is now viewed by many as a white knight. Russian President Vladimir Putin has been vilified by the West, but in the absence of effective anti-Islamic State action by the U.S. and its allies, the world finds itself counting on Putin and his aggressive bombing campaign.

U.S. President Barack Obama has smarmily implored the Russians to direct their bombs at Islamic State targets rather than at opponents of Syrian President Bashar al-Assad -- apparently trying to convince us that they're not one and the same. Such rhetoric represents a political agenda rather than a solution to a global threat that has spiraled out of control.

While the Russians are trying to bomb the Islamic State back to the Stone Age, Turkey -- a NATO member that hosted an operational staging area for the so-called "Syrian rebels," many of whom ultimately became Islamic State fighters -- shot down a Russian fighter jet on Tuesday. NATO Secretary General Jens Stoltenberg responded with a rebuke ... for Russia.

The Russians have reportedly inscribed "For Paris" on bombs they're dropping on Islamic State targets. Russia also delivered a puppy to the Paris police unit that lost its police dog in a suicide-bombing explosion during a raid on the apartment of one of the suspected masterminds of the November 13 attacks. Russia is on the right side of things.

I'm based about four miles from the site of the Islamic State-inspired massacres in Paris. Those of us who literally live inside a terrorist target have a very clear idea of who the enemy is. It isn't Russia. Nor is it politicians with hard-nosed opinions on national security. Iran isn't the enemy either, at least not right now. Putin says the Iranians are providing indispensable assistance to Russian counterterrorism efforts. Nor is the enemy the French police, as they execute hundreds of raids on long-watched terrorism suspects.

The enemy, obviously, is the Islamic State and any other group that seeks to kill or injure innocent civilians. But this enemy is abetted by the so-called "intellectuals" who deny their own survival instincts and insist that others do the same, lest they be denounced as morally flawed. We are faced with a truly psychopathic threat that has spiraled out of control due in part to our insistence on confusing tolerance with self-sacrifice. It is insidious to think that people should suppress their self-preservation instincts.

In a recent New York Times article, aggrieved activists and academics whined about the risk of French authorities overreacting and potentially violating the civil rights of Muslim residents. The attacks in Paris killed 130 people and wounded scores of others. French authorities can certainly be forgiven for taking additional security precautions. Is there middle ground between a total lockdown and "anything goes"? Yes, and Canada is providing an example.

New Canadian Prime Minister Justin Trudeau has decided that his country will accept Syrian refugees, but only women, children and full families. Single, unaccompanied males, who represent a greater security risk, will not be granted asylum in Canada.

By refusing to cater to permissive leftists, Trudeau was able to come up with a sensible immigration policy. It's a lesson that Europe is learning too late.