After Gaffes in the Middle East, The U.S. Should Step Aside 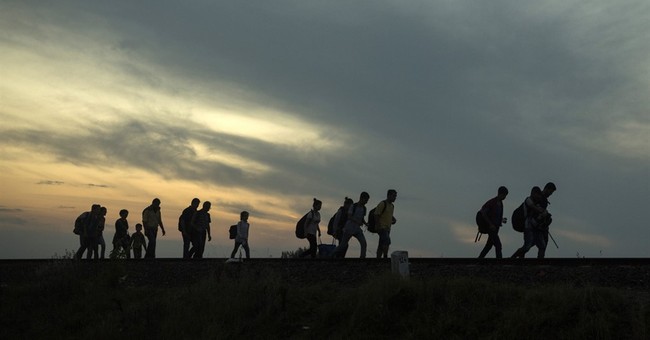 U.S. President and Commander in Chief Barack Obama has managed to accomplish such unimaginable foreign affairs inversions during his tenure that the heads of my U.S. intelligence agency pals are spinning. The Pentagon continues to churn out daily airstrikes against the Islamic State as if it's playing a video game -- with about the same real-world effectiveness. The result is that Russia, for the second time in as many years, has offered to step in and help get a grip on the situation in Syria, with Iran playing Robin to Russia's Batman. Guess who ends up being the Joker?

In 2013, Obama considered asking Congress for its blessing to stage a military intervention in Syria because efforts to build a Syrian rebel faction to take out Syrian President Bashar al-Assad had failed. Obama was spared the trouble when Russia stepped in to defuse the situation -- but not before some of the "rebels" had taken their new skills and toys and rebranded into the Islamic State.

That situation has led to a flood of migrants of unknown identity and background into Europe. Political pressure to ease the humanitarian crisis has trumped security and other concerns of the nation-states being overrun.

Enter Russia, again, and Iran -- two countries that the U.S. has spent an inordinate amount of time vilifying in recent years.

In the wake of a shell landing in its embassy compound in Damascus, Russia is vowing support for the Syrian government in defeating the Islamic State. This positioning is both nuanced and strategic. Notice that Russia isn't saying it's going to send in troops. Instead, it's going to "assist Syria" -- the ally under siege from terrorists -- to defeat the enemy. At a time when U.S. Secretary of State John Kerry is responding to all of this with the usual "Assad must go" rhetoric, Russia's insistence on positioning Assad as the frontman for the solution to a problem that the United States can't resolve could weaken the U.S. position on the issue of Assad's removal -- particularly if the Assad regime defeats the terrorists and accomplishes what America and its allies couldn't.

The current U.S. foreign policy disaster has also unfathomably given Iran the opportunity to position itself as an agent of stability in the region by contributing to the defeat of the Islamic State. Normally, Middle Eastern agent-of-stability status is reserved for Saudi Arabia and America's other traditional Gulf allies, but those "friends" have done nothing to defeat the Islamic State or help stop the flow of migrants into Europe.

"Israel and Russia have a common interest in ensuring stability in the Middle East," Netanyahu said after the meeting with Putin. "I am here because of the difficult security situation, which, as you know, has become more and more complicated on our northern borders over these last years, and particularly over these last weeks." Netanyahu then expressed concern that Iran would set up a "terrorist front (against Israel) on the Golan Heights."

Russia is a longtime ally of Iran and Syria, but Putin condemned attacks on Israel and added that "the Syrian army today is not in a state to be up to opening a second front. It has enough to do just trying to save Syria's own statehood."

Of course, there's no reason to think Iran is incapable of multitasking, but Putin has a valid point. Netanyahu's plight and his presence in Moscow effectively positions Putin as the powerbroker in a situation marked by a lack of American leadership.

There is actually an upside to all of this for America, however inadvertent. It's not a bad thing for the U.S. to wean itself off the Middle East for all reasons beyond economics and trade. Recent American military interventions in the region have only emboldened enemies, strengthened the influence of geopolitical competitors, and given America's closest allies major headaches. The U.S. is like a 5-year-old who offers to help with the housework only to keep spilling cleaning products all over the floor.

Judging from comments made by Republican presidential contenders during last week's debate, many believe that leadership on the international stage requires blunt-force military intervention. This makes about as much sense as trying to get fit by doing nothing but maximum-weight bench presses. Everyone knows that guy -- the one with the really high IQ. Recent history demonstrates that this approach has only bolstered the enemy.

American leadership should focus on securing energy independence, which will enable the U.S. to pull up anchor in the Middle East for good and deal with the region more selectively, making engagement with the Middle East seem more like a fun date rather than a bad marriage to an insecure spouse.