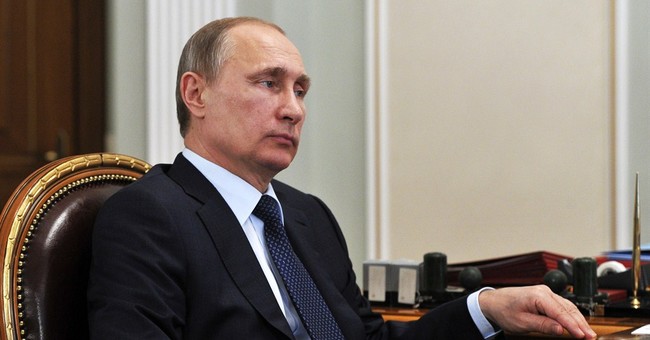 PARIS -- As U.S. political focus turns to declarations of presidential candidacies, there needs to be a deliberate effort to avoid a repeat of the "Obama adventure."

Remember how Obama was supposed to be some kind of benign political homemaker who, unlike his predecessor, George W. Bush, was going to wrap up overseas military engagements, bring the troops home and focus on tidying up the house? The so-called "domestic" president instead ended up being dragged into the international arena, armed with little more than his preemptive Nobel Peace Prize, and now faces the distinct possibility of ending his tenure with the Middle East afire and the Cold War revived.

Presidential primary season usually means that both Democratic and Republican bases start evaluating their candidates against a wish list of largely social values. Given the current global climate, that's like arguing over wallpaper while a bulldozer is revving up outside to demolish the entire house. America's domestic security -- both military and economic -- is totally dependent on its president's understanding of the endlessly shifting global puzzle, the effects of which trickle down to impact every American's checkbook.

For example, international regulations born in Basel, Switzerland, at the behest of G20 finance ministers ultimately weave their way to every American's doorstep. The international legislation is then adopted domestically (as with the Dodd-Frank Wall Street Reform and Consumer Protection Act in the wake of the global financial crisis) -- because the boy scouts of America (aka Congress) are always eager to show what great leaders they are by adopting any fiscally oppressive legislation on behalf of the American people.

The priority is to set a moral example for the world, at least on the surface, while other nations drag their feet and exploit the advantage. The U.S. Treasury then uses it as an excuse to systematically straitjacket one sector after another, from banks and insurers to asset managers and even American companies operating in foreign jurisdictions. Politically motivated public officials embark on a bender of self-righteousness, with no end in sight. And unless the affected companies are absorbing the costs (unlikely), then the average American ends up paying for it all.

America needs a leader who can sit at the G20 table and not be so quick to rush headlong into something morally righteous but fiscally stupid, all while the Chinese and Russians sit back and laugh.

Take the more recent example of the Iranian nuclear negotiations, which U.S. President Barack Obama seems to think he's leading, based on White House statements. It's a bit like watching a child "pulling" on the handrail of an escalator, thinking that he's moving all the people up to the top.

Russia has just leveraged the pending détente between Iran and the P5+1, agreeing to ship Iran an $800 million S-300 defensive missile system, whose delivery had previously been cancelled due to Western sanctions pressure. Russia also has been negotiating an arrangement with Iran for the sale of Russian goods to the Iranian market, compensating for the hit that Russia would take from post-sanctions Iranian oil coming to the global market and potentially cutting into Russia's market share.

A true statesman would read the tea leaves beyond the Iranian nuclear deal and pinpoint Turkey as the next economic and political battlefront. Here's why that matters.

America and Europe are no doubt counting on establishing an economic foothold (that could translate to political influence) via Iran's participation as a gas supplier to the Trans-Anatolian gas pipeline, set for 2018 completion. The pipeline would supply gas to Europe via Turkey. Except that this would cut into Russia's gas exports to Europe. So Russia is pushing back with the new Turkish Stream pipeline, running into Turkey and Greece.

If you're keeping score at home, this means that if all goes as planned, Russia may cede leverage in Ukraine by opting for gas transit to Europe via Greece instead of the traditional Ukraine route. But Russia would gain market share and influence in Europe as a result of the pivot. Turkey gets asked to the prom by two different pipelines -- one controlled by Russia and the other by the West -- and feels torn, so it cries on the phone while the offers ramp up. And Iran ends up getting seduced for its gas supply by the West's new pipeline initiative, all while fully understanding that Russia has long remained its only friend in everything from diplomacy to nuclear knowhow.

The outcome of this maneuvering will determine how much America spends or saves -- which in turn will impact the economic situation at home.