Why the West is an Inviting Target for Jihadist Propaganda 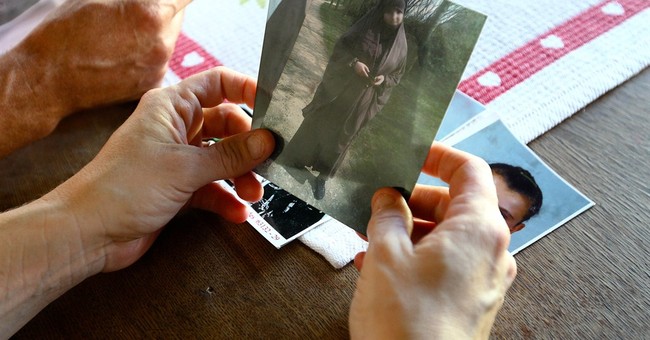 PARIS -- One of the most alarming things about Islamic State terrorists is how effective they've become at creating propaganda -- slickly produced videos depicting violent acts against their captives, paired with various denunciations of Western foreign policy and related demands. In some cases these videos feature recruits from Western nations attempting to reach out to vulnerable youth. And judging by the estimated hundreds (and counting) who have been lured from the comfort of democratic Western states into battlefields in the Middle East, the recruiting effort seems to be working. But why?

We should be embarrassed that a bunch of guys running around in the desert beheading people have found an exploitable vulnerability in our "soft power" culture. It says just as much about us as it does about them. Propaganda is most effective when it's able to skirt the radar of logic, reason and self-awareness. It only loses its power once people can see the manipulation.

Manipulation detection is a skill. The underdevelopment of that skill is why some people get all misty-eyed when they see Toyota's "My Bold Dad" ad, featuring a father sending his daughter off to military service. A healthier reaction would be to get annoyed at the blatant manipulation, with Toyota playing on your love of family and country in order to sell you a Camry.

Night Live" skit, with the dad sending his daughter off to join the Islamic State, many viewers who connected with the Toyota ad got angry at "SNL" and defensive of the original manipulation.

The most brilliant thing about the "SNL" skit was that it evoked a public reaction illustrating precisely why Western nations are such fertile recruiting grounds for the Islamic State. We have become far too emotional and far too vulnerable -- to the exclusion of reason and logic. Critical thinking is the antidote to propagandist subversion, but we live in a culture that rarely rewards thought anymore.

Instead, an increasing number of us are easily excited by simplistic appeals to base emotion, like viral videos of cats, interpersonal drama depicted on reality television shows, or even the idea of a "Bush vs. Clinton" showdown in the next U.S. presidential race. The notion of another Bush or Clinton presidency is horrifying to many, but people sure do like talking about the possibility of a Bush-Clinton race, because the two family names evoke a couple of decades of memorable drama. So, some of us are willing to spend our time in a March Madness presidential fantasy fugue rather than deal with the reality of a critical election 20 months away and the urgent need to turn our attention to some less interesting but more capable contenders.

The Islamic State has access to the same media as the rest of the world. They see the so-called leaders in the U.S. Congress acting like petulant children over the visit of Israeli Prime Minister Benjamin Netanyahu. They see Republican senators firing off a letter to Iranian leaders, letting them know that President Obama is wasting his time on a potential nuclear agreement. It doesn't take a rocket scientist to see that this kind of insecure emoting projects a collective weakness that's ripe for exploitation.

So where the West is showing weakness -- aside from its inability to wipe out the Islamic State in short order despite all the high-powered defense and intelligence resources available -- the Islamic State is using its videos to project its illusion of strength, primarily by appealing to emotion.

One might ask how a violent organization that lops off people's heads could successfully appeal to anyone on such an irrational level. The answer lies in what we -- that is, Western society -- have allowed ourselves to become over the past few decades.

As KGB propaganda expert turned Soviet defector Yuri Bezmenov explained during a talk in Los Angeles in 1983, people become vulnerable to subversion when their education moves away from science, math, physics and foreign languages toward less rigorous studies like, as Bezmenov enumerated, "history of urban warfare, natural foods, home economics and sexuality."

We have largely unburdened ourselves from the rigors of critical thinking in favor of "feeling." We have emotional leaders, emotional entertainment and emotional debates. We vote for the nice guys rather than the smart ones. The good news is that it's reversible -- but we have to first recognize and admit to having this problem.