Governors Say "Not in My State!" 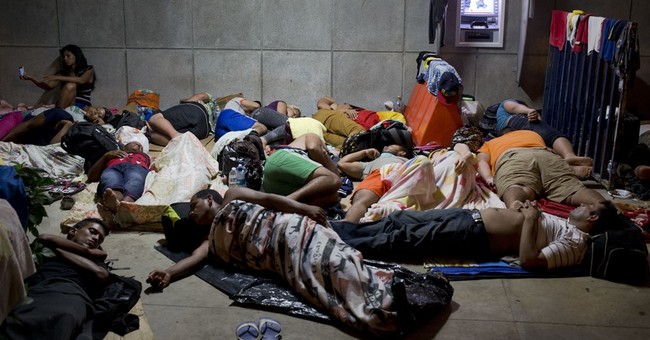 Trending
Defying the wishes of the American people, President Obama remains determined to import tens of thousands of poorly screened Muslims as refugees from the civil war in Syria, and scatter them in communities across America. Taxpayer-funded agencies are ready to help the refugees gain access to welfare programs and enroll their children in local public schools.

After FBI Director James Comey told Congress on Oct. 22 that his agency is unable to vet Syrians adequately, the House of Representatives voted by over two-thirds (289 to 137) to add an extra layer of screening to the refugee resettlement process.

Almost two-thirds of the nation's governors (31 out of 50) have told the president not to send Syrian refugees to their states without assurances that the influx would not become a Trojan Horse. Even New Jersey Governor Chris Christie, who helped re-elect Obama in 2012 with a well-timed gesture of support during Hurricane Sandy, told the president: "I will not accept any refugees from Syria."

Obama's response to this groundswell of public opinion was to lash out with peevish petulance. Speaking in Turkey, which is 98 percent Muslim, Obama said: "When I hear folks say that maybe we should just admit the Christians but not the Muslims, that's shameful. That's not American. That's not who we are." A few days later in Malaysia, where Islam is the official state religion, Obama said that a preference for Christian refugees would constitute "prejudice and discrimination" that "helps ISIL and undermines our national security."

Since Christians are the most widely persecuted group in the Middle East, you'd expect that Christians would be more likely to qualify as refugees, which requires demonstrating a "well-founded fear of being persecuted." Yet of the 2,184 Syrian refugees Obama has already allowed to come here during the past four years, only 53 (or 2 percent) are Christian and 2,098 (96 percent) are Muslim, according to State Department statistics.

Databases do exist, but, as Trump says, our government lacks "good management procedures" to insure that visitors to our country follow the law. It's estimated that half of the 11-plus million illegal aliens failed to leave when their time was up, even though they are on a government database.

It's ludicrous to think that our government can effectively screen refugees from Syria or from any Muslim country. Consider the following security breaches that were reported in just one week since the Paris attacks on Friday, Nov. 13:

On Saturday, Nov. 14, three Syrian men were stopped in the Caribbean island of St. Maarten after arriving on a flight from Haiti. Using fake Greek passports, they had already flown from Europe to Brazil, then to the Dominican Republic, then Haiti.

On Monday, Nov. 16, six young men (five from Pakistan and one from Afghanistan) crossed illegally from Mexico into Arizona near Tucson. They were captured 16 miles inside our border, and Sheriff Paul Babeu warns that "terrorists are using well-established smuggling routes to come across the border."

On Tuesday, Nov. 17, five young men from Syria were detained in Honduras after arriving from Costa Rica on their way to Guatemala and onward through Mexico to the United States. They were using stolen Greek passports, which had been doctored to replace the original photos with photos of the Syrians.

On Thursday, Nov. 19, eight tough-looking young men from Morocco were arrested at the airport in Istanbul claiming to be tourists, but carrying maps and directions to Germany. Turkish authorities believe the men were being smuggled by ISIS to join the fight in Europe on behalf of the Muslim caliphate.

On Friday, Nov. 20, five Syrians, consisting of one family unit and two additional males, crossed the international bridge from Mexico into the United States at Laredo, Texas. On Saturday, Nov. 21, a Syrian woman and two Pakistani young men without passports were detained by officials in Honduras after they entered that country by bus from Nicaragua, presumably bound for the United States.

As a fitting conclusion to a week of broken borders, on Friday, Nov. 20, the Obama administration petitioned the Supreme Court to overrule the lower federal judges who blocked his executive amnesty of five million illegal aliens. Tell your elected public officials to just say no to Syrian refugees.