Let's Get On a Pro-American Track 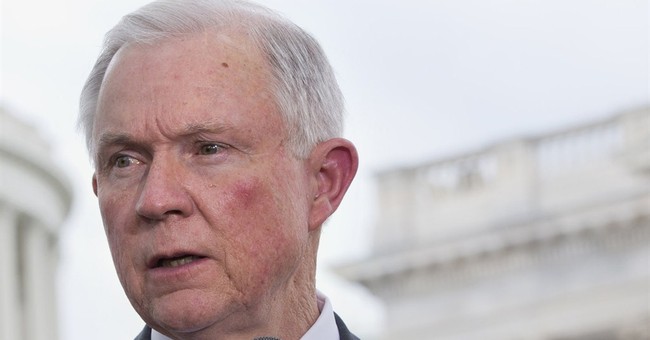 Congress, led by Sen. Mitch McConnell (R-KY) and Speaker John Boehner (R-OH), is preparing to betray American workers, and the grassroots should rise up and say, "No, you don't." The secretive underhanded deal is called Fast Track, and that's an appropriate title because, indeed, it puts Americans on a fast track to lower wages and fewer available jobs.

Sen. Jeff Sessions (R-AL), one of the few members of Congress who have actually read and studied Fast Track plus its companion trade bill called Trans-Pacific Partnership, has compiled a list of objections to it that are downright frightening. They should be read by all who care about their own future and the future of our once-prosperous nation. Here are some of the ways that Fast Track and TPP will betray us.

The text of TPP emphasizes that it is a "living agreement." Translated out of bureaucratese code language, that means the text of TPP can be changed in major and minor ways by executive action after Congress passes the document. Congress can, for example, add additional countries such as Communist China, which for years has been cheating America coming and going.

TPP will facilitate the expanded movement of foreign workers into the United States. TPP opens the door to more waves of illegal immigrants and allows Obama to make future changes without any congressional oversight or expiration date.

Kevin L. Kearns of the U.S. Business and Industry Council calls this "another power grab" that will let Obama and his employees rule by executive action. By the device of not calling TPP a treaty (even though it involves 12 countries on three continents), the globalists induce the Senate to abandon the 67-vote threshold for treaty ratification and even the 60-vote threshold for important legislation.

Fast Track consolidates power in the executive branch and eliminates Congress' constitutional power to amend or even debate trade legislation. Fast Track allows only a specified up-or-down vote on this momentous international agreement without any public oversight or ability to amend it or filibuster it.

Fast Track will increase our trade deficits, which reduce economic growth. Economists have estimated that the last trade deal, which we made with South Korea and which is the template for TPP, wiped out 50,000 American jobs.

Sen. Sessions called on Obama to rewrite the deal. Sessions said, "We don't need a Fast Track but a regular track" so we can evaluate the false promises.

Fast Track turns over some of our authority as a sovereign nation to international authorities, which is a major longtime goal of the internationalists, the so-called kingmakers and big business lobbyists. The code language that hides this in TPP is the statement that calls it a "living agreement."

This means Obama and his executive-branch pals can take all kinds of actions that Article I of the U.S. Constitution reserves to the legislative branch, such as ratifying or changing a treaty and controlling immigration.

Why should we trust the Obama administration and its foreign partners to rewrite international agreements without congressional approval? Is Congress simply giving away its constitutional authority to global busybodies?

Most presidential candidates are trying to avoid this issue, but Mike Huckabee was blunt, warning of "dire consequences if we let Obama have this victory." Huckabee said he opposes trade agreements that push wages "lower than the Dead Sea."

Huckabee also reminded us that, "the last time we really fast-tracked something was Obamacare. Why do we want to believe that the government fast-tracking something without thoroughly understanding the implications is the best way to go?"

Another possible presidential candidate, Donald Trump, who literally wrote the book on "The Art of the Deal," tweeted that TPP is a "bad, bad deal" in part because it fails to address Japan's outrageous currency manipulation, which has caused many U.S. steel plants to shut down this year, idling thousands of American steelmakers. Yet Japan's prime minister was recently honored with the rare privilege of addressing a joint meeting of Congress (at which he openly lobbied for the TPP) and entertained at a White House State Dinner.

Another likely presidential candidate is Louisiana Gov. Bobby Jindal, who declared, "I'm for free trade, but I am not for giving more authority to a president who ignores the Constitution, the separation of powers and will of the American people."

"This particular president must not be given any more power to do anything else to harm this country," Jindal continued. "He cannot be trusted."