Candidates Should Read The Republican Platform 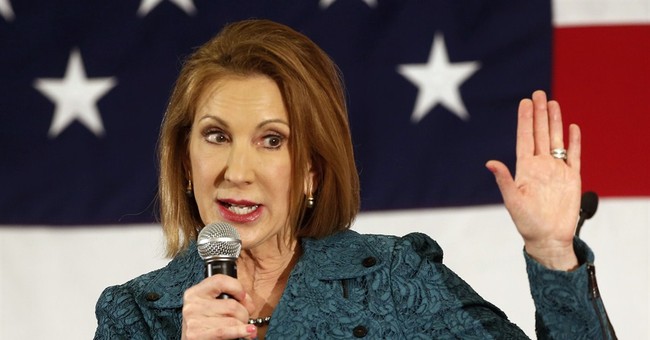 Nineteen of the about two dozen people who may seek the Republican presidential nomination trooped to Nashua, New Hampshire, last weekend hoping to impress that state's primary voters and activists. The candidates rehearsed Republican talking points about lower taxes, smaller government and a strong foreign policy, but they had nothing to say about the impending Supreme Court decision that threatens to redefine marriage and undermine the family as we have always known it.

That gap in presidential stump speeches is filled by an important brief just filed in the Supreme Court by members of the Republican Party's committee on resolutions, which writes the official platform containing the party's fundamental beliefs, goals and objectives. The brief notes that the Republican platform has frequently stressed the central importance of the traditional family based on a married husband and wife, because that is the only way to achieve a self-reliant, self-supporting economic unit that minimizes the need for a welfare state.

For example, recent platforms have stated that "Republicans recognize the importance of having a father and a mother in the home" (2000); "Families -- not government programs -- are the best way to make sure our children are properly nurtured" (1976); a loss of the traditional family produces consequences that "not only lead to more government costs, but also to more government control over the lives of its citizens in all aspects" (2012); "fracturing the family into isolated individuals (leaves) each of them dependent upon -- and helpless before -- government" (1992).

The first Republican platform after Roe v. Wade, in 1976, denounced that pro-abortion, anti-family decision. The first Republican platform after Lyndon Johnson's Great Society, in 1968, denounced the then-new practice of providing welfare benefits to unmarried mothers because it "erodes self-respect and discourages family unity and responsibility."

And the very first Republican platform of all, in 1856, affirmed traditional marriage by declaring it the "duty of Congress to prohibit in the Territories those twin relics of barbarism -- Polygamy, and Slavery."

More recently, every Republican Party platform since 1996 has opposed the legal recognition of same-sex unions at any level of government, both state and federal. The necessity of providing legal privileges for husband-wife unions was reaffirmed in the platforms of 2000, 2004, 2008 and 2012, and in 2013 by a special resolution declaring that marriage is a "relationship that only a man and a woman can form."

The hesitance of presidential candidates to address this critical issue is puzzling, if for no other reason than that the people who write and approve the party platform are the same delegates who will nominate the candidates for president and vice president. A presidential candidate who wants to be seen as a strong and effective leader, tough enough to defeat both Hillary Clinton and the Islamic State (or ISIS), should not avoid criticism of the prospect that five unelected judges may redefine a fundamental relationship that is much older than our Constitution.

Remember that the first Republican president, Abraham Lincoln, won the Republican nomination, and then the presidency, primarily on the basis of his compelling refutation of the Supreme Court's Dred Scott decision, and on his public commitment not to enforce that sweeping decision beyond the individual parties to that tragic case. After his election, Lincoln stood by that promise.

Like Andrew Jackson before him, Lincoln insisted that Congress and the president were co-equal branches of government with the duty to interpret the Constitution within their own spheres of divided power. Alexander Hamilton promised in the Federalist Papers (No. 78) that the judiciary was the "least dangerous" branch of the federal government because it "must ultimately depend upon the aid of the executive arm even for the efficacy of its judgments."

In the last presidential cycle, Newt Gingrich won the pivotal South Carolina primary after declaring that he would reject a Supreme Court ruling that extended legal rights to enemy combatants held at Guantanamo. Newt had already issued an excellent 54-page position paper titled "Bringing the Courts Back Under the Constitution."

Unfortunately, the Republican "donor class" and the high-priced consultants who led the party down to defeat in the last two presidential elections are back again with the same losing advice to avoid what former Indiana Gov. Mitch Daniels called "the so-called social issues." What those big donors and strategists don't seem to realize is that Republican fiscal policies (lower taxes and balanced budgets) can happen only if we honor the traditional family, founded on the marriage of husband and wife, as the indispensable foundation of a free society.

We're looking for a presidential candidate to say that the way to give us the limited government, lower taxes and balanced budgets we all seek is to restore the legal system that protects traditional marriage so that families are self-supporting, not dependent on government handouts.

Checkmate, Chuck: Lindsey Graham Has Some Sour News for Schumer On His Impeachment Plan
Redstate
Robert Hyde: I was climbing volcanoes in Ecuador when I sent those texts about surveilling Yovanovitch to Lev Parnas
Hotair