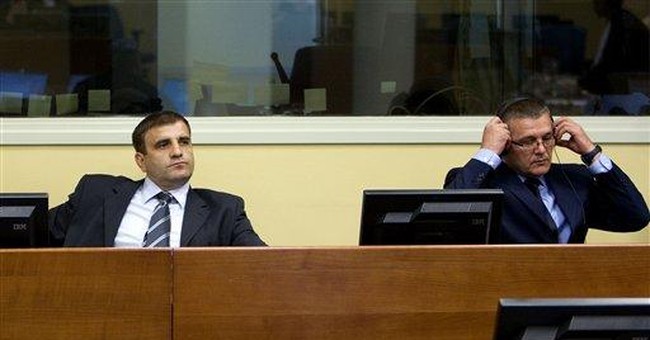 Did you know that a family court can order a man to reimburse the government for the welfare money, falsely labeled "child support," that was paid to the mother of a child to whom he is not related? Did you know that, if he doesn't pay, a judge can sentence him to debtor's prison without ever letting him have a jury trial?

Did you know that debtor's prisons (putting men in prison because they can't pay a debt) were abolished in the United States before we abolished slavery, but that they exist today to punish men who are too poor to pay what is falsely called "child support"?

Did you know that when corporations can't pay their debts, they can take bankruptcy, which means they pay off their debts for pennies on the dollar, but a man can never get an alleged "child support" debt forgiven or reduced, even if he is out of a job, penniless and homeless, medically incapacitated, incarcerated (justly or unjustly) or serving in our Armed Forces overseas, can't afford a lawyer, or never owed the money in the first place?

Did you know that when a woman applying for welfare handouts lies about who the father of her child is, she is never prosecuted for perjury? Did you know that judges can refuse to accept DNA evidence showing that the man she accuses is not the father?

Did you know that alleged "child support" has nothing to do with supporting a child because the mother has no obligation to spend even one dollar of it on a child, and in many cases none of the "support" money ever gets to a child because it goes to fatten the payroll of the child-support bureaucracy?

These are among the injustices that the feminists, and their docile liberal male allies, have inflicted on men. The sponsor was former Democratic Senator from New Jersey and presidential candidate Bill Bradley.

His name is affixed to the Bradley Amendment, a 1986 federal law that prohibits retroactive reduction of alleged "child support" even in any of the circumstances listed above. The Bradley law denies bankruptcy protections, overrides all statutes of limitation and forbids judicial consideration of obvious inability to pay.

Most Bradley-law victims never come to national attention because, as "Bias" author Bernard Goldberg said, mainstream media toe the feminist propaganda line, among which is the epithet "deadbeat dads." But one egregious case did make the news this summer.

Frank Hatley was in a Georgia jail for more than a year for failure to pay alleged "child support" even though a DNA test nine years ago plus a second one this year proved that he is not the father. The Aug. 21, 2001, court order, signed by Judge Dane Perkins, acknowledged that Hatley is not the father but nevertheless ordered him to continue paying and never told him he could have a court-appointed lawyer if he could not afford one.

Hatley subsequently paid the government (not the mom or child) thousands of dollars in "child support," and after he was laid off from his job unloading charcoal grills from shipping containers and reduced to living in his car, he continued making payments out of his unemployment benefits.

But he didn't pay enough to satisfy the avaricious child-support bureaucrats, so Perkins ruled Hatley in contempt and sent him to jail without any jury trial. With the help of a Legal Services lawyer, he has now been relieved from future assessments and released from jail, but (because of the Bradley Amendment) the government is demanding that Hatley continue paying at the rate of $250 a month until he pays off the $16,398 debt the government claims he accumulated earlier (even though the court then knew he was not the father).

This system is morally and constitutionally wrong, yet all the authorities say the court orders were lawful.

Another type of feminist indignity is the use in divorce cases of false allegations of child sexual abuse in order to gain child custody and the financial windfall that goes with it. Former Vancouver, Wa., police officer Ray Spencer has spent nearly 20 years in prison after being convicted of molesting his two children who are now adults and say it never happened.

The son, who was 9 years old at the time, was questioned, alone, for months until he said he had been abused in order to get the detective to leave him alone. The daughter, who was then age 5, said she talked to the detective after he gave her ice cream.

There were many other violations of due process in Spencer's trial, such as prosecutors withholding medical exams that showed no evidence of abuse and his court-appointed lawyer failing to prepare a defense, but the judge nevertheless sentenced Spencer to two life terms in prison plus 14 years. Spencer was five times denied parole because he refused to admit guilt, a customary parole practice that is maliciously designed to save face for prosecutors who prosecute innocent men.