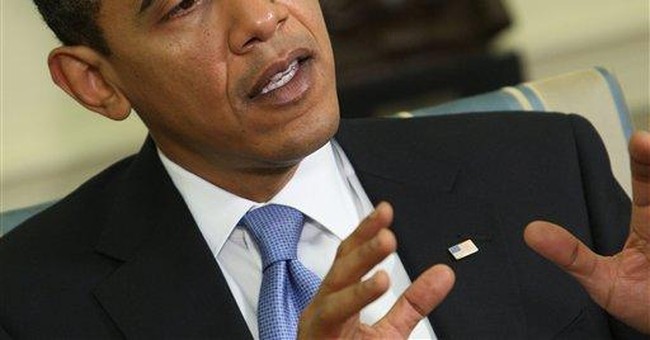 Immediately after the Democratic National Convention in Colorado, the Boston Globe published a letter from L. David Alinsky. He boasted about how Barack Obama had made extremely effective use of his training in the methods of David's late father, the famous Chicago radical, Saul D. Alinsky.

David Alinsky gloated: "I am proud to see that my father's model for organizing is being applied successfully beyond local community organizing to affect the Democratic campaign in 2008. It is a fine tribute to Saul Alinsky as we approach his 100th birthday."

What was Saul Alinsky's model that Barack Obama used so successfully to defeat the Clinton machine plus the Republican Party in a dramatic one-two punch never before seen in politics? What is known today as "the Alinsky ideology and Alinsky concepts of mass organization for power" are fully set forth in Alinsky's 1971 book, "Rules for Radicals: A Pragmatic Primer for Realistic Radicals."

Alinsky's worldview was that mankind is divided into three parts: "the Haves, the Have-Nots and the Have-a-Little, Want Mores." His purpose was to teach the Have-Nots how to take power and money away from the Haves by creating mass organizations to seize power, and he frankly admitted that "this means revolution."

He wanted a radical change of America's social and economic structure, and he planned to achieve that through creating public discontent and moral confusion. Alinsky developed strategies to achieve power through mass organization, and organizing was his word for revolution.

He wanted to move the United States from capitalism to socialism, where the means of production would be owned by all the people (i.e., the government). A believer in economic determinism, he viewed unemployment, disease, crime and bigotry as byproducts of capitalism.

"Change" was Alinsky's favorite word, used on page after page. "I will argue," he wrote, "that man's hopes lie in the acceptance of the great law of change."

Alinsky used what he called "general concepts of change" to move us toward "a science of revolution." What he called "change" meant massive change in our socio-economic structure, and what he called "organizing" meant pursuing confrontational political tactics.

Alinsky taught the Have-Nots to "hate the establishment of the Haves" because they have "power, money, food, security and luxury." He claimed that "justice, morality, law and order are mere words used by the Haves to justify and secure their status quo."

Alinsky didn't ignore traditional moral standards or dismiss them as unnecessary. He was more devious -- he taught his followers that "moral rationalization is indispensable at all times of action whether to justify the selection or the use of ends or means."

To achieve his goals, he sought local community organizers who projected confidence and vision as well as change. Barack Obama fit the profile.

Alinsky didn't want just talkers, he wanted radicals who were prepared to take bold action to organize the discontented, precipitate crises, grab power and thereby transform society. He taught his organizers how to infiltrate existing institutions such as churches, unions and political parties, gain influence in them and then introduce change.

The qualities Alinsky looked for in a good organizer were ego ("reaching for the highest level for which man can reach -- to create, to be a 'great creator,' to play God"), curiosity (raising "questions that agitate, that break through the accepted pattern"), irreverence ("nothing is sacred"; "detests dogma, defies any finite definition of morality"), a sense of humor ("the most potent weapons known to mankind are satire and ridicule") and an organized personality with confidence in presenting the right reason for his actions only "as a moral rationalization after the right end has been achieved."

Alinsky trained his community organizers to adopt a "middle-class identity" and familiarity with their "values and problems." After achieving "the priceless value of his middle-class experience," he will "begin to dissect and examine that way of life as he never has before."

Alinsky's trainees are instructed to return to the suburban scene of the middle class with its variety of organizations, from PTAs to League of Women Voters, consumer groups, churches and clubs. Alinsky boasted: "With rare exceptions, our activists and radicals are products of and rebels against our middle-class society. ... Our rebels have contemptuously rejected the values and way of life of the middle class."

Put "Rules for Radicals" on your must-read list if you want to understand much of contemporary politics.