How Enviros Lie About America (And Why)

Phelim McAleer
|
Posted: Mar 07, 2019 12:01 AM
Share   Tweet
The opinions expressed by columnists are their own and do not necessarily represent the views of Townhall.com. 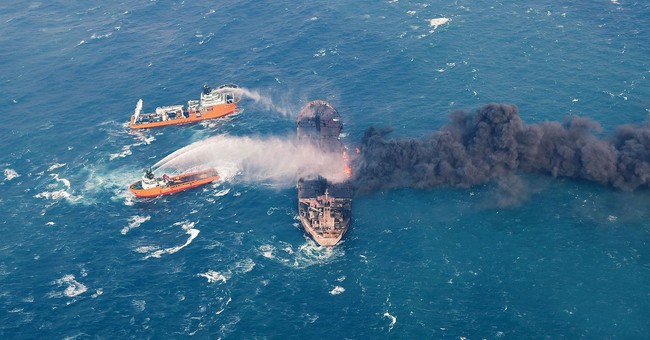 Editor's Note: This column was co-written by Phelim McAleer and Ann McElhinney.

There is a big lie environmentalists love to spread. They claim America is an environmental hellhole because of rapacious capitalism and American companies export even worse environmental practices to the developing world.

This couldn’t be more wrong. Even worse: those who are pushing this story know it is wrong. They are lying but they believe like so many on the left that it is an honorable lie. But there is nothing honorable about these lies. And these lies are dangerous. By halting mining, logging and fossil fuel extraction across the United States environmentalists condemn communities to poverty. If allowed to use their resources communities thrive, especially in a country such as the United States where there is rule of law and property rights and especially because in the U.S. farmers and landowners own the mineral rights beneath their feet.

Fracking in remote parts of Pennsylvania, Ohio, North Dakota and Texas has totally revitalized towns and villages that have had to endure decades of relentless centrally driven decline. However the scenario is even worse in the developing world. Very often the American oil or mining company is the only hope the residents have of ever getting roads, hospitals, electricity, schools or regular, safe well paid jobs. For the people who lose out on mines or oil drilling because of “environmental” campaigns it really is a matter of life and death.

And of course these lying environmental campaigns always neglect to mention that American companies bring high standards to very remote and underdeveloped places. They bring international health and safety standards to rural America but also to parts of the developed world where locals are quite literally poisoning their neighbors. Very often, in developing countries, there is a thriving “artisanal mining” sector in countries where American companies want to explore. Unfortunately “artisanal” in the developing world does not mean hipster, beer brewing miners who care about the environment. Mostly they are totally unregulated, one man businesses that use poisons like mercury for extraction. All the poisonous waste is then dumped in nearby wells, rivers and ponds with little or no regard for the horrific consequences. These toxic dumps poison water and land for generations.

Very often the first item on the agenda of American mining companies in these areas is to clean up the mess from previous mom and pop or state run polluters. Not only is America not responsible for all the world’s environmental problem, they very often are the only ones with the technology and the money to clean up the mess left behind by others. But still, environmentalists rail at America. When it comes to condemnation, environmentalists are not equal opportunities condemners. America and American companies are bad, everywhere else and everyone else gets a pass. This is the modern environmental movement. It’s not really about pollution or reducing CO2 emissions or solving the energy needs of the most needy and making the world cleaner and healthier. It's mostly an exercise in criticizing America for being a successful capitalist country and American companies for exporting capitalist, free market values.

The massive CO2 reduction in the U.S. is all because of the fracking revolution, natural gas has all but replaced coal. U.S. should be getting prizes for its environmental achievements, so why doesn’t it?  The innovative genius of George Mitchell, who is responsible for inventing horizontal fracking and the shale revolution,  should be a name on everyone’s lips. His creativity has dramatically reduced CO2 emissions in the US. If there was any justice in the world, any fairness, environmentalists would be erecting a statue to him. But Mitchell was an American and the fracking revolution is a wholly American achievement, so all the greenies screaming for CO2 reduction are mute, hating America matters so much more to them than solving problems. Shame on them.