Five Things to Know about Inflation Heating Up 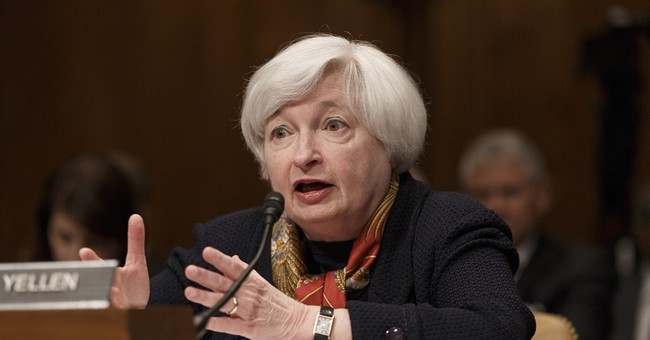 Buffeted by slow growth and too few jobs, Americans now have to deal with more inflation.

In May, consumer prices rose at more than a 4 percent annual pace, and inflation has been heating up the last several months.

Rapid growth in China is boosting demand for agricultural products, and prices are up for beef, pork and other food products.

Core inflation—prices less food and energy—after remaining fairly subdued for several years, is also accelerating, and Americans may be facing inflation greater than 3 or even 4 percent the balance of this year and next.

The Federal Reserve will be faced with a Hobson’s choice—tighten credit to combat inflation or continue printing more money in hopes of igniting growth.

Here are five things to know about higher inflation.

What caused the financial crisis and slow growth has not been fixed.

Banks continue to gamble with the cheap money the Fed provides instead of lending it for job-creating projects.

Similarly, he has not been willing to open up drilling for oil off the Atlantic, Pacific and much of the Gulf coasts. That keeps America dependent on imported oil, and sends consumer dollars abroad instead of creating jobs here.

The quagmire of regulations grows worse, making it much easier to start businesses and hire workers in Asia than America.

Fixing those would boost U.S. growth to 4 or 5 percent and quickly create 5 million jobs.

2. Easy Money and High Inflation Steals from the Elderly

Easy money pushes down rates on CDs where many retired Americans park savings to subsidize social security and pensions.

More elderly today are working today than at the turn of the century, and higher inflation will push more of them into the part-time job market.

Many homeowners have only one source for high speed internet and cable TV, but the government does not regulate cable companies as it does electric utilities. Rates have risen rapidly in recent years.

Top private universities and a few elite public institutions have a lock on most good paying jobs for graduates. Those have boosted tuition far more rapidly than even health care costs. That sets the pace for other schools, and Federal policy is not to intervene in their monopoly pricing.

4. The Barbell Economy Will Get Worse

Harvard MBAs and Stanford engineers are doing great but adults who lost good jobs in the recent recession remain stuck stocking shelves at local groceries or dependent on family and government benefits.

For most workers lucky enough to have full-time jobs, wages remain stagnant. Those purchase even less gas, food and other essentials with more inflation.

5. A Higher Minimum Wage Will Only Make Matters Worse

The Congressional Budget Office estimates that the president’s proposal to increase the minimum wage will destroy up to 1 million jobs.

Some restaurants and similar establishments will shutter, while others will rely more on machines similar to those used at some supermarket check outs.

Although those that hold minimum wage jobs will earn more, all those extra unemployed workers will drive down wages of workers earning near the minimum. Team leaders at McDonalds will have fewer people to supervise and end up accepting only the minimum to work.