Rigging the Ballot for the Rich

Paul Jacob
|
Posted: Sep 04, 2016 12:01 AM
Share   Tweet
The opinions expressed by columnists are their own and do not necessarily represent the views of Townhall.com. 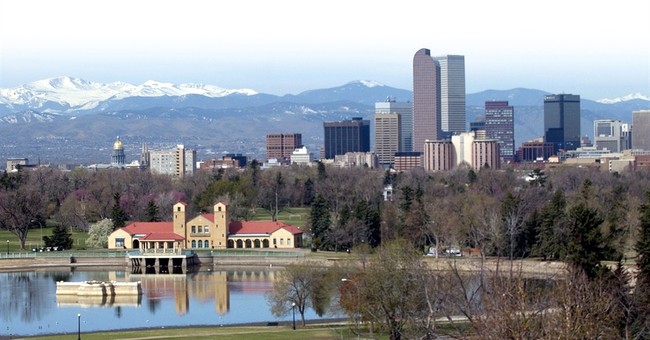 Like the bad guys in every episode of Scooby Doo, politicians aren’t all that fond of pesky voters.

Take Colorado’s elected elitists. Neither wise nor forthright, they make up for it by being both devious and persistent.

In 1990, with a greater than 70 percent vote, Rocky Mountain State citizens enacted a term limits initiative constitutional amendment. Two years later, voters narrowly enacted the Taxpayer Bill of Rights by initiative, requiring for any new tax or significant spending increase a vote of assent from the people.

And in 2013, after the Colorado Legislature passed controversial legislation restricting gun rights, people petitioned a recall of two state senators, one the Senate President, onto the ballot. Then, voters sent both politicians packing.

But political insiders aren’t stupid; they know the state’s direct democracy processes — initiative, referendum and recall — can give citizens the upper hand.

Well, not so much the referendum process. Not anymore. Now that legislators have discovered a work-around. Any bill “vital to public peace, health and safety” can have a “safety clause” added, which protects the legislation from being petitioned to a referendum. Colorado legislators simply pretend that the majority of their bills are so vital that citizens must not permitted to second guess them.

It is the initiative, where citizens can propose their own reforms of government, which is most feared by the powers that be. Particularly, voters armed with the ability to amend their state constitution by initiative, can overrule their legislators. Without that amendment ability, legislators can — and quite often do — repeal the mere statutory ballot measures they don’t like; the voters be damned.

In 1996, four years after Coloradans put the tax and spending cap known as the Taxpayer Bill of Rights into their state constitution, legislators struck back with Referendum A, a constitutional amendment to make it more difficult for citizens to pass future initiative amendments by requiring a supermajority vote of 60 percent.

A dozen years later, in 2008, legislators placed Referendum O on the ballot. Again, the amendment would have required a 60 percent supermajority to pass an initiative amendment. But the amendment would have also upped the signature requirement to qualify a constitutional ballot measure by 20 percent. Although the well-heeled special interests behind the legislature’s measure badly outspent opponents, Ref O also went down to ignoble defeat.

Still, every legislative session since 2008, Citizens in Charge, the national pro-initiative group I work for, has been active with a broad coalition of activists and organizations in Colorado battling continual attempts to put another measure on the ballot that would pull up the drawbridge and block future citizens from initiating and enacting constitutional controls on government.

Meanwhile, as regular Townhall readers will remember, these same bipartisan forces of big-spending, career politicians decided to sue the people of Colorado in federal court, claiming that voters — by passing the Taxpayer Bill of Rights — were violating the politicians’ right to tax and spend as they wish, without voter approval, thus, destroying our “republican form” of government. No kidding.

Thank goodness, those 40-some-odd politician-plaintiffs were recently defeated in court.

Yet, the demand for power is relentless. Last year, these well-heeled political insiders formed yet another blue-ribbon, blue-blood, blue-brained group, Building a Better Colorado, to again try to undermine the initiative process. Let’s call it Betters, Inc. To get a feel for the organization, its website features 16 honorary co-chairs: 15 are current or former politicians.

For months, the outfit held phony, scripted public meetings around the state, designed to appear grassroots and deliberative, but always pushing the select attendees to agree to the group’s pre-determined purpose: support a ballot measure to block the people from reforming government constitutionally. Like the previous two legislative efforts that Coloradans soundly rejected, Betters Inc. then launched an initiative effort to purposely makes it “more difficult” for grassroots citizens to petition future reforms onto the ballot.

And since Betters, Inc. rolls in bigwig dough, there was little trouble qualifying what is now Amendment 71 on this November’s ballot. The amendment does two harmful things:

The 55-percent threshold is specifically being sold as a way to protect the constitution (from the voters). There are too many constitutional amendments, Betters, Inc. spokespersons bemoan, before suggesting that citizens be stiff-armed a little further away from government decision-making. What they don’t tell anyone — and journalists never bother to ask — is that, historically, more than two-thirds of the constitutional amendments have been proposed by legislators, not through voter initiatives.

Yet, somehow, their new measure provides nothing to make it tougher for politicians to propose more constitutional amendments.

Consider what Amendment 71 does by its obvious design: Allow a 45 percent minority of the public to veto reforms desired by a majority of Coloradans. Who will benefit? Rich special interests that by spending lavishly on negative advertising will get to win elections . . . even when they lose a majority of the vote.

Nice election rules if you can get it, the state’s powerful special interests must be telling themselves.

Big spending has been shown to be notoriously ineffective in winning Yes votes on initiatives. However, money does make much more difference when opposing a ballot measure. Funding allows anti-campaigns to purchase a lot of message-delivery, and those messages can raise doubts in voters’ minds. Voters have a tendency to keep the status quo if they’re not sure, leading to the defeat of a ballot issue or a slimmer margin of victory.

Amendment 71 would unleash a tidal wave of negative advertising attacks against any initiative opposed by big business interests, big labor or wealthy individuals. These special interests would gain extra leverage, applying pressure simply to hold the measure to 54.9 percent support.

And thus, defeat it.

Intriguingly, even if Amendment 71 passes, repealing parts of the current constitution (oh, say, term limits or that tax and spending cap) would still require only a simple majority — 50 percent plus one. Why? The power elite hasn’t given up hope to someday cajole a majority to repeal the limitations the voters have wrought via ballot initiatives. But they certainly don’t seem very confident about getting 55 percent.

Supporters of Amendment 71 place great importance on maintaining that silly double standard, where enacting new amendments have a higher threshold than repealing old amendments . . . or original parts of the constitution. This was demonstrated in 2012, when legislators passed an amendment to this same proposal in the legislature equaling the vote for any constitutional change. Immediately, the sponsor withdrew her constitutional amendment from consideration.

The second provision requires that voter signatures equaling 2 percent of registered voters be gathered in each senate district. This mandate is supposed to give the rural areas of Colorado more say over what goes on the ballot. A single senate district could block consideration . . . well, theoretically.

In reality, this provision won’t give the rural areas any meaningful veto at all. Nor should they have one. One man, one vote.

Garnering a signature from 2 percent of registered voters can be done, frankly, even on highly unpopular measures. So what is the purpose here?To dramatically hike the cost and difficulty of gathering signatures. As the text of Amendment 71 clearly says, “making it more difficult.” What is currently one statewide petition drive would, with passage of Amendment 71, require qualifying statewide plus successfully completing 35 other petition drives — all of which must be accomplished flawlessly. For, as you might guess, a failure in any one means the issue won’t qualify for the ballot.