The Grandmother of Us All

Paul Jacob
|
Posted: Mar 06, 2016 12:01 AM
Share   Tweet
The opinions expressed by columnists are their own and do not necessarily represent the views of Townhall.com. 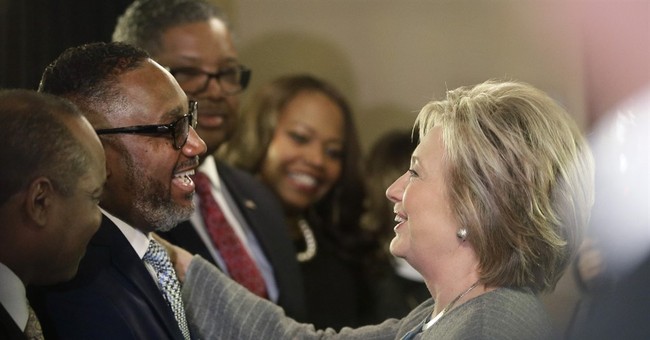 We could call our epoch The Age of Teflon, but “the Teflon President” is what Rep. Patricia Schroeder (D-Colo.) called the 40th Commander in Chief — a long, long time ago. And let us be honest: Reagan had nothing on Bill Clinton in the anti-stickiness department.

Nicknamed “Slick Willie,” Clinton was the politician who really demonstrated what slipperiness is all about. Prez 42 had what it took to get out of any scandal whatsoever, even criminal:

We have lived in the Age of Clinton ever since. Even the grossest enormities fail to fall heavily upon a politician who is, somehow (usually because of partisanship, but not always), impervious to the blemish of a crime. The accusations (even charges) don’t stick.

Now that American voters have the chance to anoint another Clinton to office, making a dynasty out of a done deal, we sort of just assume — by political inertia — that the Age of Clinton will continue, with invulnerability the only thing adhering to the most corrupt politician of our time, the Mrs. of the Age.

Yet, the FBI is investigatingformer Secretary of State Hillary “Smart Power” Clinton’s email server scandal. One of her subordinates, a tech guy, has been given immunity after extensive pleadings of the Fifth Amendment.

Could the Age of Clinton end with her prosecution?

It seems unlikely. Remember, the Clintons were a team. Not all of Slick Willie’s wily slipperiness came from his own sebaceous self. Hillary contributed mightily to the cause.

It was she who served as master (mistress?) of the ad hominem, for example. It was she who ballyhooed the existence and special awful power of the alleged “vast rightwing conspiracy” — as if identifying your accusers and noticing their organizational skills and declaiming against their (doubtful) near-omnipresence was any argument against any charge.

Indeed, she has never stopped playing this hand: she is right because her enemies are “rightwing.”

What Hillary succeeded in doing? Help create the current age. The age of frank and open warfare “left” and “right,” denying any other factor than partisan success as a standard to judge. This was her baby. She is not only Chelsea’s daughter’s Grandma, she is the Grandmother to us all, for these days it is almost impossible to extricate oneself from the internecine and brain-dead partisanship of the age.

The partisanship of the age is, in fact, the prime feature of the Age of Clinton.

But could the Obama Justice Department really possess the courage to do it? Is moral courage what you think of when you think Obama?

Seems unlikely. We are, after all, still living in the Age of Clinton. The Empress must be honored, the Grandmother to Us All given her due.

Besides, while the major media scramble to find some way to puncture the Trump bubble, the principles of partisanship continue to trump the rule of law.

And, as the theorist of the vastness of her opposition has noted before, at this point, “what difference does it make?”